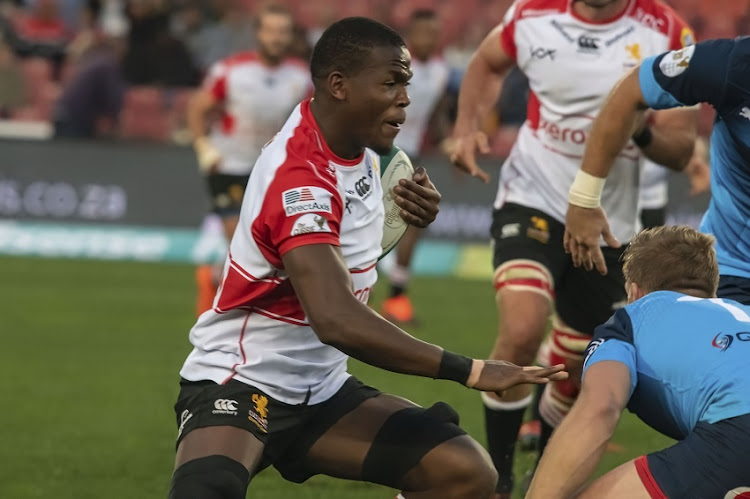 Blitzbok coach Neil Powell is broadening his search for quality players as an Olympic year comes into focus.

On Tuesday‚ mobile Lions looseforward Hacjivah Dayimani joined the Blitzboks at their Stellenbosch training base as the pre-season moved into high gear.

The 21-year-old last played sevens for the South African Under-18 team that won gold at the Commonwealth Youth Games in Samoa in 2015 and hopes to be part of the squad to contest the opening tournaments of the 2019/20 World Series in Dubai and Cape Town in December.

“I came here for two reasons‚” said Dayimani‚ “the first is to improve as a rugby player and I believe adding the skills required to play sevens will make me a better fifteens player as well.

The speedy looseforward loved his time in sevens as a junior player and said he is keen to re-introduce himself to the game.

“The one thing about sevens I love is the one-on-one contests. In fifteens you can make a mistake and get away with it or someone can cover for you‚ but sevens are brutal in that regard. If you miss a tackle‚ you leave a gap. I also love the space the game offers‚” Dayimani said.

A strong 12-man squad‚ not including Dayimani‚ departed for Munich on Tuesday to take part in the Oktoberfest7s.

There is also a return to action for Zain Davids‚ Mfundo Ndhlovu‚ James Murphy and Stedman Gans‚ all of whom were injured in the latter part of the 2018/19 World Series.

South Africa are in Pool A with New Zealand‚ England and Australia for the tournament‚ which will take place in the Olympic Stadium.

Pool B consists of Germany‚ Fiji‚ USA and France. Powell said the squad reflected the status of his training squad at the moment‚ as he was limited in selection.

“We have guys coming back from injury‚ we have some experienced campaigners and we have some young guys keen to make their mark and could be stars in the future‚” said Powell.

“Some of the players who were involved with their provinces in the recent Currie Cup and age-group competitions were not yet considered‚ while the likes of Cecil Afrika and Justin Geduld are still in rehabilitation from injuries sustained last season.

“Players like Mfundo and James have not played much for us during the previous season‚ so this is a nice early opportunity for them to stake a claim for the new season. They are coming back from injury and will be eager to get involved.”

The revised SA Sevens team for the weekend’s Oktoberfest7s is: