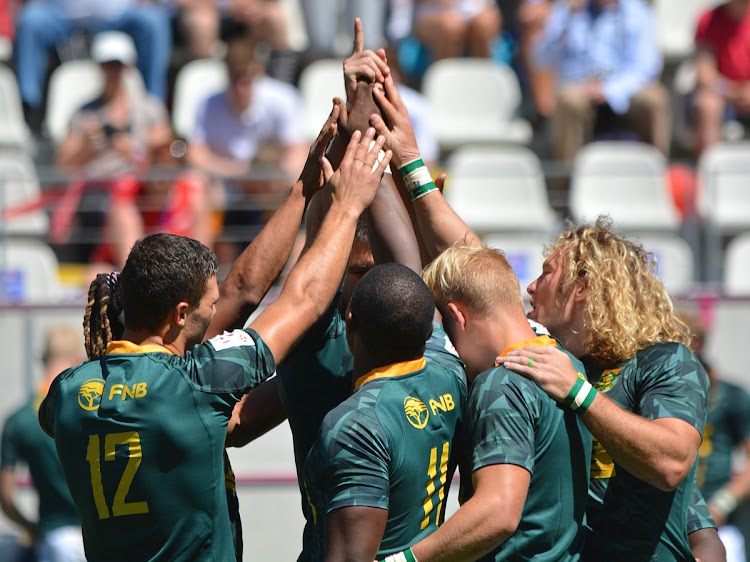 The Blitzboks players celebrate their victory over the USA to take bronze at the World Rugby Sevens French tournament in Paris on June 2 2019.
Image: Springboks Sevens/Twitter

The Blitzboks’ season ended with a bronze medal at the Paris leg of the 2018/19 World Rugby Sevens as Fiji claimed the title they last won three years ago.

Fiji’s 33-14 semi-final win over the USA secured them their fourth title since the series began in 1999.

But with the Olympics a year away, the USA have emerged as a real gold medal contender in Tokyo in 2020.

Fiji, the USA, New Zealand and South Africa secured the four automatic qualifying berths for Tokyo as the top four on the World Series standings.

For the Blitzboks, Paris was another tournament of exceptional Pool play – they topped their Pool for a 10th straight time this season – followed by one poor performance in the knockout stages.

The Blitzboks suffered a massive 33-7 semi-final loss against New Zealand but rallied to beat the USA 24-7 in the third place decider.

The fact that the Blitzboks scored 34 points fewer than they did on their way to the title in 2018 despite winning two tournaments in each campaign, underlined their inconsistency in 2019.