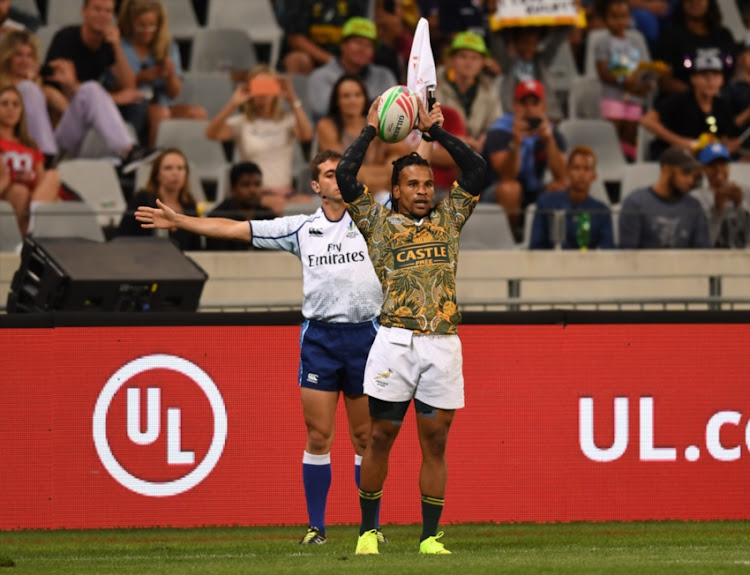 The sevens star‚ who was a surprise acquisition by the Bulls last month‚ said he is ready to make a contribution during the tournament if given the opportunity to play‚ as the Pretoria side look to reach at least the playoffs.

His chances are expected to be limited because Cornal Hendricks and Travis Ismaiel are ahead of him in the pecking order but coach Pote Human will definitely turn to Specman from the bench or whenever injuries and fatigue creep in.

“So far it has been a blessing being at the Bulls and I must say that the coaches and my teammates have made me to feel welcome and helped me to settle very well.

“There are exciting times ahead of me and it is just about working hard so that I am ready whenever an opportunity presents itself‚” he said this week as the Bulls continued with preparations for the season.

Specman and Hendricks have played together for the Blitzboks. Specman said he is looking forward to reuniting in the 15s.

He said Hendricks will bring his experience to the Bulls.

“The way he has shown himself on the field‚ you can see he is hungry‚ he is excited and he brings a lot of energy and that is what you need. You can see that he has played a bit of Sevens because he is vocal and he is also calm on the field.”

Human has appointed Chris Rossouw as the Bulls’ attacking coach and Specman is already enjoying working with the former Western Province flyhalf.

“Coach Chris comes from the Western Cape and you know that the Stormers like to play the ball wide‚” Specman said.

“You can see that it is his style to play the ball wide‚ but the good thing about that is that he does not want guys who do fancy things. Instead‚ he wants guys who will do the basics right by stopping guys in the front and then we can take the ball out wide.”

The Bulls will take on the Stormers on February 3 as part of a double-header offering that includes the Lions and the Sharks at the Cape Town Stadium.

“That will be something exciting. Last year we played against each other and so far it is 1-0 between us because I was the man-of-the-match and not him when Western Province played against the Cheetahs.

“I think you always want to test yourself against the best and Siya is a world-class player.”