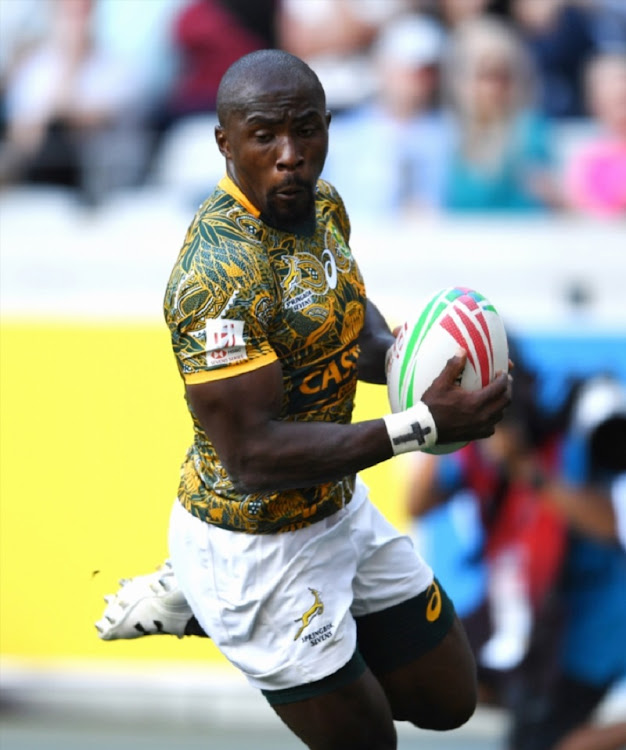 The Blitzboks overcame a yellow card and some defensive lapses to beat Scotland 21-12 in the quarterfinals of the Cape Town Sevens on Sunday.

Wing Siviwe Soyizwapi earned a first half yellow card for a high tackle and was lucky to not to concede a second yellow after the break with two more high tackles.

The Blitzboks made a bright start with a well-taken try from the impressive Justin Geduld‚ but were rocked back when Scotland’s Sam Pecquer scored from a lineout earned following a penalty against Werner Kok for playing the ball on the ground.

After the break Rosko Specman scored from a clever grubber by Geduld‚ but a second try from Pecquer a minute later left just two points in it as the game reached its climax.

Kyle Brown was penalised for playing the ball on the ground and Scotland criminally missed their touch finder‚ which would have given them a lineout inside the SA’s 22-metre area with only 30 seconds on the clock.

From the gifted possession the Blitzboks broke from deep and Kok scored to seal a win that was anything but comfortable.

The Blitzboks also went into the match without captain Philip Snyman and Muller du Plessis‚ who were both ruled out of the tournament through injury.

Snyman has a shoulder injury and Du Plessis a lower back problem.