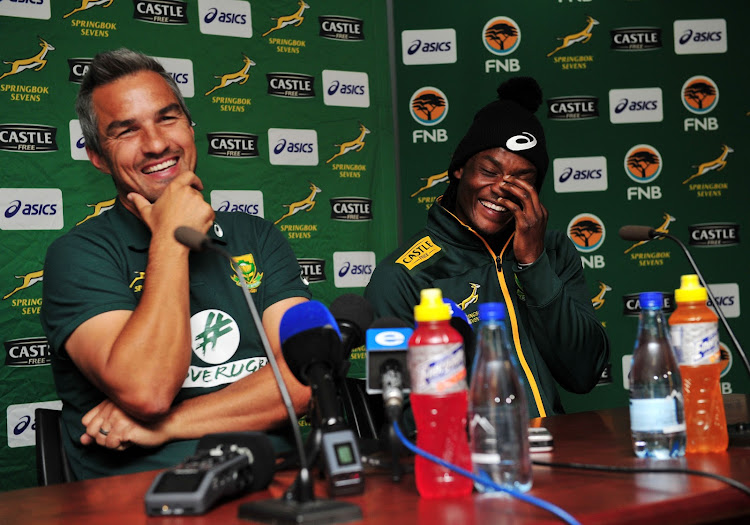 With just under two weeks until the 2018 Sevens World Cup in San Francisco‚ the Blitzboks’ preparations are on track after altitude training in Johannesburg.

The next phase sees the preliminary 16-man squad gather in Mossel Bay this week for an intense camp where the group will be cut to the final 12-man touring party on Wednesday.

The Blitzboks have never won the World Cup‚ which is named the Melrose Cup‚ and after winning the HSBC World Sevens Series for a third time last month‚ South Africa has never been better placed to break their duck.

The World Cup though‚ is a ruthless knockout competition unlike the World Series where teams play three pool matches and can usually afford one loss and still make the knockout stages.

“We are now fully focussed on what we want to achieve in San Francisco and all our planning is geared towards being ready to that first match‚” coach Neil Powell said.“

"The format of the Rugby World Cup Sevens is such that no team can afford even the slightest slip up‚ and we need to ensure our timing is right.”

South Africa will face the winner of Ireland and Chile in their first match of the event‚ on Saturday‚ 21 July (06h15 SA time).

“We will be fine-tuning all aspects of our play this week‚” said Powell.“The game plan is well drilled in as we have just played finished the World Series‚ but the application and commitment comes with every match we play.

“The Blitzboks played a warm-up match against the Golden Lions in Johannesburg last week and Powell was pleased with the outcome:

“The first highlight was that all players came through that without any new injury concerns‚ while guys such as Rosko Specman and Selvyn Davids showed good progress in their return to play phase of recovery.”

Powell confirmed that Chris Dry and Stedman Gans will not form part of the final week as they will not be fit to play next weekend.

The team will train at Van Riebeeck Sports Stadium in Mossel Bay on Monday and Tuesday.