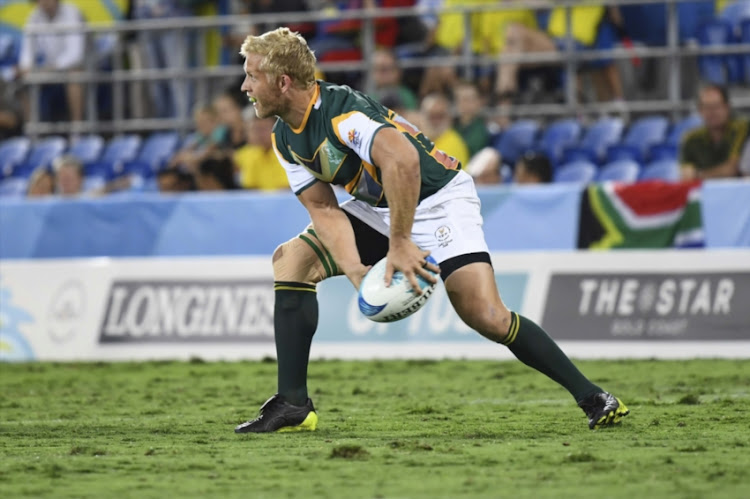 Dubai has been a happy hunting ground for the Blitzboks with three wins in the Middle East in the past nine years‚ but for veteran forward Kyle Brown‚ it also represents a new start.

At 30‚ Brown shouldn’t be talking about new beginnings‚ yet after two serious injuries the man with 65 tournaments to his name and 327 Blitzbok appearances‚ is back in the squad.

When his knee ligaments went for a second time in 18 months‚ at last year’s Singapore Sevens‚ Brown knew his career was at a serious crossroads.

“I thought that was it [the injury in Singapore]‚ as the idea was that I would call it a day if I came through the season unscathed‚” Brown said.

As he started his recovery process‚ the willpower and desire to beat the odds‚ grew stronger and stronger.

Coach Neil Powell last week named him into the squad to travel to Dubai for the opening leg of the 2018-19 HSBC World Rugby Sevens Series to complete a remarkable comeback for a man not ready to hobble into retirement‚ but rather go out on his own terms.

“It was an incredible feeling‚” Brown said.

“The medical staff and our management were wonderful. We had set the challenge to play again come Dubai and I am very pleased that I could make it.

“Being back gives me an ideal opportunity to spend more time on the field with this incredible bunch of people and to do something with them we all love – throwing the rugby ball around a bit.”

His years of experience‚ talent and skill will be needed this weekend as South Africa attempt to make a strong start in defence of the HSBC World Sevens Series they have won for the past two seasons.

The squad is missing many key players from those two successful campaigns such as leading try-scorers Seabelo Senatla and leading points-scorer Cecil Afrika. They are also without the tireless Kwagga Smith‚ the devastating Ruhan Nel and the experienced Chris Dry‚ among many others.

This will be Brown’s 10th World Series appearance in Dubai while he also represented the Blitzboks at the Sevens World Cup in the Emirate.

“Yes‚ it has been nine World Series tournaments and a World Cup here since‚ so I had my fair share of fun in this place‚” Brown said before the tournament kicks off on Friday‚ when the Blitzboks take on Zimbabwe‚ Samoa and Argentina in Pool A.

“Dubai is a wonderful setting to play rugby. The weather is great‚ the crowds are great and we have good support here.

“This is a special place on the circuit no doubt‚” added Brown of the venue where he earned three gold medals in nine tournaments.

“A lot of teams just want to start their season‚ maybe even just to get out of pre-season‚ as that can be horrendous. But we train pretty hard to be ready and this is the first opportunity we have to play.”