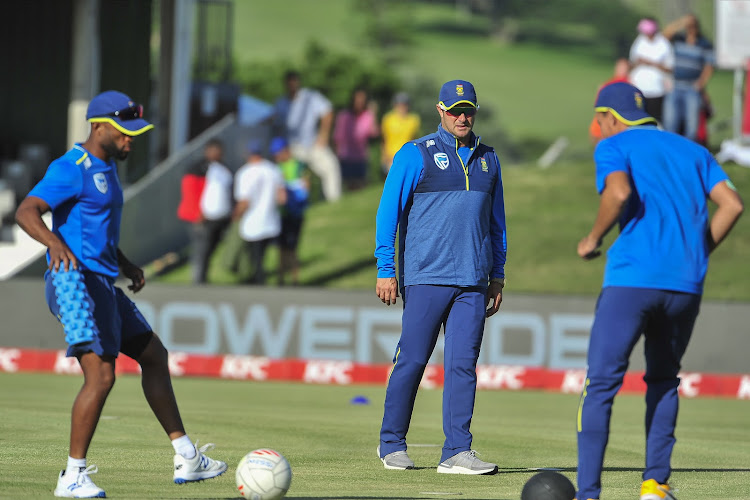 De Villiers was recently quoted in Australia‚ where he played for the Brisbane Heat in the Big Bash League‚ expressing his desire to return to international cricket.

Asked about the possibility of De Villiers returning to the team‚ Boucher revealed that he had spoken to the former captain.

"I have had chats with him and we will learn pretty soon what is going to happen with AB‚” said Boucher.

“I said it from day one when I took over that when we go to the World Cup‚ I would like to have our best players.

"If AB is in good form‚ is raring to go‚ makes himself available for the time we want him to be available and he is the best man for the job‚ then he must go.

"It is not about if he goes or anything like that‚ it’s about sending the best team to the World Cup to try and win the competition.”

If De Villiers return to the national team‚ certain players who were used during the series loss to England and against Australia in the coming few weeks are going to miss out.

“We have a couple of players that are not in the team at the moment‚ which gives us opportunities and that is great for guys coming in to showcase their skills.

"A couple of questions have been answered during the series against England‚ maybe in a positive way or maybe one or two in a negative way.

"We are getting a good idea of what positions we need to fill and which players are putting their hands up for which spots.

“I think you have to look at all different positions.

"Injuries and loss of form are things that are real and they happen.

"There are a lot of positions that we are looking at and we know that there a lot of quality players that we need to look at.”

Reflecting on the five wicket defeat to England on Sunday in the series deciding T20‚ Boucher said they were let down by their bowling.

“I thought the score of 223 was good and above par‚ but we went wrong with the bowling‚" he said.

"It was a good pitch and the ball does fly in Centurion‚ but we just bowled two many soft deliveries which they managed to capitalise on with their aggressive players.

“When you get a high score like this‚ they had no option but to come out and play and we missed our areas too often with the ball.

"The thought was there to bowl one or two yorkers but in between we just bowled too many soft balls. The mindset was there but the execution was just not there.”

It wasn’t entirely surprising but when news broke that Faf du Plessis has quit the captaincy of the national Test and T20 teams on Monday‚ it still ...
Sport
2 years ago

After salvaging a one-run win against England in their opening T20I , Proteas batsman Temba Bavuma said they need more of those kinds of wins to help ...
Sport
2 years ago
Next Article