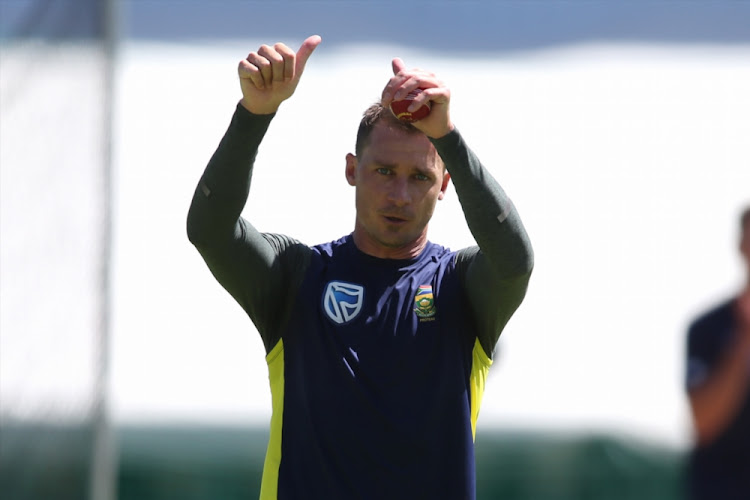 Dale Steyn may have put a firm pause on his red-ball career, but he still remains a potent shortest format assassin with his inclusion in SA’s T20 squad for the three-match series against England.

Steyn played the last of his 44 T20Is against Sri Lanka in March last year before an injury sustained at last year’s Indian Premier League ended his Cricket World Cup aspirations.

Having had time to recover, Steyn has kept himself busy with the Mzansi Super League (15 wickets at 15.13) and the Big Bash League where he reminded selectors of his short-term longevity.

While there’s a clear move towards youth with the 2023 Cricket World Cup in mind, the T20 Cricket World Cup takes place later this year in Australia, and it’s clear that SA’s cricketing think-tank is happy to move back into the past to go forward and try to win the tournament.

Notable absentees from the squad are Test captain Faf du Plessis and paceman Kagiso Rabada, with the latter’s rest now being extended to the T20 series.

Du Plessis has mentioned his intentions of playing in the T20 World Cup, but hasn’t featured in limited overs matches since the World Cup.

AB de Villiers’ absence was also a notable one from the team along with that of Imran Tahir. Details of De Villiers’ reintegration are not quite clear, but Tahir remains in the T20 mix.

With the selectors also having an eye on future tournaments, Tahir’s absence means other spin options can be trialed while he plays in other tournaments.

All-rounder Chris Morris also hasn’t been selected, but should be in the frame for T20 World Cup selection later this year as SA still have a further five T20Is against the West Indies in August.

Deserved inclusions in the squad are in the form of Knights batsman Pite van Biljon, who is a consistent domestic performer, while Bjorn Fortuin’s excellent start to his international career has also been rewarded.

Warriors fast bowlers Sisanda Magala has also been included in the squad, but according to ESPNcricinfo, his availability is subject to him passing a fitness Test. A number of current ODI players like Jon-Jon Smuts, Temba Bavuma, Rassie van der Dussen and Beuran Hendricks are also in the squad.

The Barmy Army‚ England's good-naturedly raucous but well behaving cricket-loving touring group‚ haven't been to Port Elizabeth since 2004 for Test ...
Sport
2 years ago

“We are pleased with the group that we have selected for this upcoming T20 series against England. We have once again taken the opportunity to reward some of the hard workers of our domestic franchise system while some of our key senior players continue with their much-needed rest period.

“And we have again, put our faith in Quinton [de Kock, the captain] to lead this group of exciting cricketers, picking up where he left off in India where he showed exemplary leadership,” Smith said.

The first T20I is in East London on February 12 with the matches moving to Durban on Valentine’s Day and Centurion two days later.

Proteas batsman Temba Bavuma says he has always enjoyed playing limited overs cricket and doesn’t understand why he has been labelled a Test ...
Sport
2 years ago

Retired Proteas fast bowler Vernon Philander is keen to maintain his links with the national team and remain involved in a mentorship role in the ...
Sport
2 years ago
Next Article