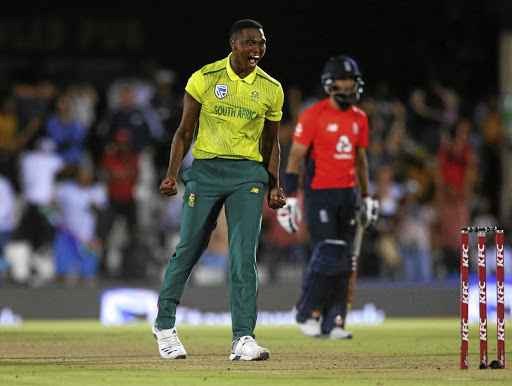 After salvaging an unexpected but highly welcome one-run win against England in their opening T20I in East London on Wednesday, Proteas batsman Temba Bavuma said they need more of those kinds of wins to help them prepare for pressure situations in tournaments.

The Proteas are known to find various ways of losing pressure matches in International Cricket Council tournaments, but they've also learnt the hard way that what happens in bilateral matches has no bearing on ICC tournaments.

They've got a second T20 in Durban tonight to drive home their advantage, even though England have more than once shown on this tour that they're not disadvantaged by losing the opening game.

"We know at the back of our minds that these types of wins, we want to be able to scrape them when they really matter in the big events.

"We know that it's going to be called upon us to be able to do that again and the best time is to start that against top teams like England," Bavuma said.

The Proteas sealed a breathless one run win over England to draw first blood in the first KFC T20 International of the three match series at Buffalo ...
Sport
2 years ago

England have won the toss and elected to bowl first in the third One Day International against South Africa at an overcast Wanderers Stadium.
Sport
2 years ago

"There's a lot of confidence we're going to take from the East London victory."

SA's batting started well but faltered, but in Lungi Ngidi they had a death bowler who can be counted on despite fitness issues.

Ngidi defended seven off the final over without raising much of a sweat.

Bavuma, though, knows how critical the match-winning performance was for Ngidi, especially after the underwhelming performance in the Pink Day ODI at the Wanderers in Joburg on Sunday.

"It was massive for Lungi from a belief and a confidence point of view. He didn't have the best of games in the Pink ODI by his own admission.

"He would've had the hunger and the will to do right for the team and what better moment to do it in the last over when you have to defend only seven runs," Bavuma said.