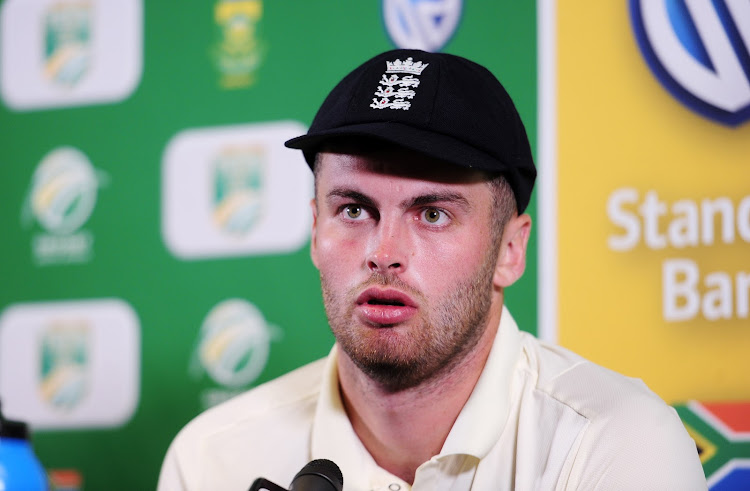 Dom Sibley became the first centurion of this Test series. His ton on day four was also his maiden century for England.
Image: Ryan Wilkisky/BackpagePix

Dom Sibley knows the importance of a maiden Test ton but it is not outweighed by the need to collect a first win.

Sibley is yet to play in a winning Test but with England needing eight wickets to win on Tuesday‚ that's not too far from happening.

He knows it's not going to be easy‚ but with the maiden Test 100 he scored and converted to 133*‚ the job is almost done.

All that's needed now is for the bowlers to do the job on the final day of the second Test.

Having batted reasonably comfortably on the pitch that started out lively‚ but quietened down significantly on days three and four‚ he knows the backs will have to be bent for England to collect the prized overseas Test win.

“It's always nice to contribute to a win.

"I haven't had a Test win yet so hopefully we can take the wickets on Tuesday.

"The two late wickets were a massive bonus‚ but there'll be some hard work on day five‚” Sibley said.

“We're going to have to work hard on day five and hopefully the crack outside off-stump will open up and do a bit more.

"On day three I think was the best the pitch played because it was tough to bat on in the first two days.

"Hopefully it goes back to what it was so we can collect the remaining eight wickets.”

Sibley resumed his innings on 85‚ but in the morning session‚ he was a happy spectator when Ben Stokes took on SA's bowlers with a large degree of success.

He made the runs flow and allowed Sibley to glide to his ton off 269 balls.

He appreciated how Stokes‚ who made a 47-ball 72 in a ballistic morning session that drove the game in England's direction‚ took the pressure off him.

“He took the pressure off me and he made things really easy for me.

"He kept saying to me that I mustn't change what I'm doing and I must play the way I'm playing.

"He was whacking it everywhere and I was nurdling it around. It was nice to see him doing the scoring while I was going about it my own way‚” Sibley said.

“That moment when I saw the ball go to the boundary is something I've been working towards since I was 13 or 14.

"You dream of that moment and I hope they'll be a few more over the next coming years. Stokesy said I must take in the moment. It seemed a bit of a blur now but I certainly enjoyed the moment.”

The wait between James Anderson's 27th and 28th Test five-wicket haul was only six matches.
Sport
2 years ago

Proteas team director Mark Boucher has been on the receiving end and part of record fourth innings run chases over the years.
Sport
2 years ago

They don't lie when they say day three of a Test is a moving day as England positioned themselves strongly for a fourth-day assault.
Sport
2 years ago
Next Article