England well placed on the third day at Newlands 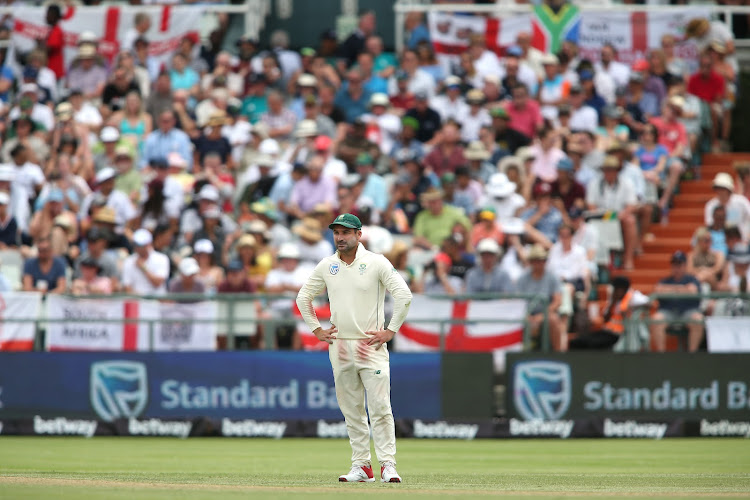 England lost one Joseph but replaced him with another as they went to tea well placed on 109/2 on the third day.

Their lead gradually swelled to 155 as they made use of the time available in the Test.

Captain Joe Root (7*) and Dom Sibley (44*) now have the task of seeing England through to stumps and take the game away from South Africa.

Seven sessions remain in this match as England decided to invest in batting time in order to weigh down SA's bowling attack.

Had Joe Denly not mistimed his hook shot off Anrich Nortje (1/24) to Dwaine Pretorius at deep fine leg‚ it would have represented the perfect session for the visitors.

Without finding the crack that caused plenty of headaches‚ Nortje steamed in with pace‚ accuracy and hostility from the Wynberg End.

With the sun that beat down on the first two days absent‚ fatigue wasn't an issue.

Denly‚ who shared a solid 73-run partnership second wicket partnership with Sibley off 198 balls‚ resisted a number of temptations.

The short ball sent to him was one too many and he guided it to Pretorius.

From a wicket perspective‚ that was SA's sole success as run containment had to be the order of the day.

Sibley's innings spanned 128 balls while Denly's was 111. If anything‚ England have had issues batting time and bedding in for big totals.

They only scored 57 runs in the 28 overs‚ but the new ball‚ the claimer of so many wickets in the first two days‚ had to be blunted.

Denly and Sibley did that with some success‚ even though SA's bowlers consistently threatened on and just outside off-stump.

The series‚ though‚ has also shown a trend of a clump of wickets falling on the first two days before the pitch suddenly behaving on the third day.

Interestingly‚ the cloud cover that blanketed Newlands didn't encourage any swing‚ but South Africa did their best to keep a lid on things as the fourth innings target gets stiffer by the moment.

How England approach the third evening will most probably give an indication of how much they want SA to chase and when do they want them to bat.

With Ben Stokes and the other Joseph in Jos Buttler known to take the game away from opponents‚ England are well set for a launch that could take a fourth innings chase out of the equation.

In this very same Test‚ 10 of the 22 wickets that have tumbled in this game have come in the evening session.