England fight back in Cape Town 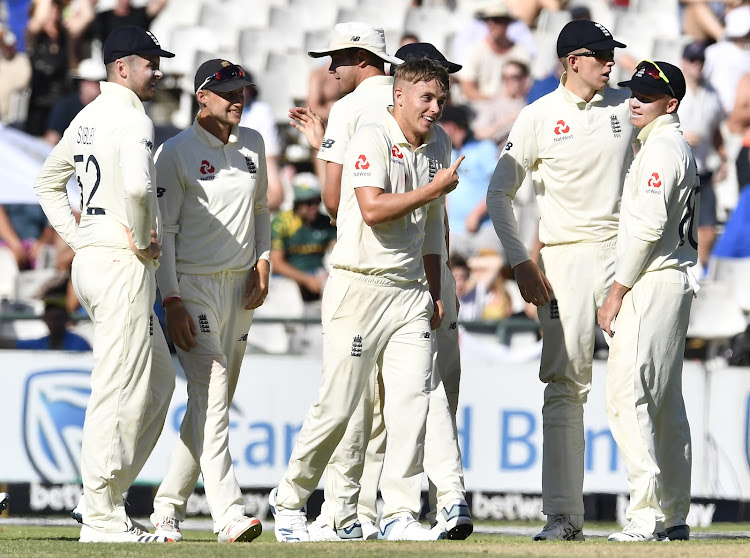 By holding South Africa to 215/8 at stumps on the second day, England will feel they have their noses in front after a taxing, but rewarding day.

While they still lead by 54 runs, they took three morning session wickets, none after lunch and five in the evening to gain the ascendancy.

While Vernon Philander (13*) remains as SA's hope, there's only Kagiso Rabada and Anrich Nortje to come.

However, those are accomplished tail, South Africa will know they let a position of strength slip.

They were 157/3 45 minutes after tea when the door was slightly opened. England needed no invitation to kick it down.

Having staved off an early England fight back that saw SA slip to 40/3 in the 14th over after Stuart Broad (2/36) saw off Pieter Malan (five) and Zubayr Hamza (five) while James Anderson (3/34) got rid of Faf du Plessis (one).

Van der Dussen and Elgar put together a slow but assured 117-run, fourth-wicket stand that saw South Africa get through the afternoon session without losing a wicket.

For 45 minutes of the second evening, it seemed South Africa would proceed serenely to stumps, but Elgar then holed out to Joe Root at mid-off off Bess to give England a sniff.

He gently volleyed the ball to Anderson at mid-off, who knew the that they'd collected a critical scalp.

Van Der Dussen had three lives on his way to a 131-ball second Test 50, but he then jabbed at a Curran delivery that was well caught by Ben Stokes at second slip.

It was Stokes who had dropped Van Der Dussen on 43, while the lanky middle-order batsman overturned a leg before decision on six while getting away with being dismissed by Stuart Broad off a caught behind after the England bowler had overstepped.

There wasn't such luck for the first three wickets that fell before lunch after England were bowled out for 269 after resuming from their overnight position of 262/9.

After punching an assured boundary off the back foot to open his Test account, Malan was snaffled by Root at first slip off Broad.

26/1 became 38/2 when Hamza became the second Cape Cobras player not to impress on his first Newlands test when guided a Broad delivery to Stokes at second slip.

South Africa senior opener in Elgar then bedded down and scored his 14th Test 50 that came off 79 balls.

Dwaine Pretorius (four) and Keshav Maharaj (four) couldn't see out the day as they both fell to Anderson.