Elgar admits SA have given England the upper hand 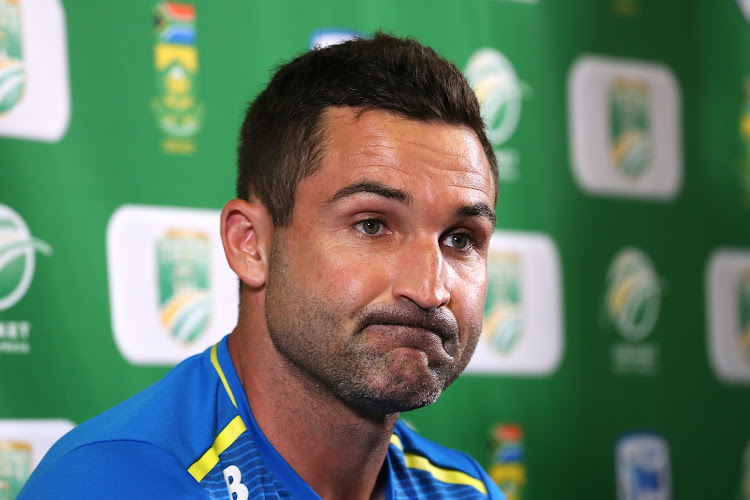 Dean Elgar speaks to the media after the end of day three.
Image: Shaun Roy/BackpagePix

Dean Elgar doesn't have an aversion to responsibility‚ but also recognised how his “brainfart” imperilled his team to a point where they risk giving England a critical first innings lead.

Well set on 88 and with the second new ball some 17 overs away‚ his lofted drive off Dom Bess didn't connect well and Joe Root took the important catch.

That broke the 117-run alliance for the fourth wicket between him and Rassie van der Dussen (68).

Having sensed the moment to go for the kill‚ England didn't need a second invitation and corralled four more wickets to conclude an up and down day for them.

Elgar on how well he played Dom Bess before the 'brainfart' pic.twitter.com/KHHtQUHRi9

England had taken three wickets in the morning and none in the afternoon‚ but the five they took in the evening could set them on the path to earning that golden first-innings lead.

“It didn't have much to do with the patience factor. I may have chosen the wrong ball to do what I wanted to do.

"A few overs ago‚ I hit him for four. Great shot‚ isn't it‚ then you chose the wrong ball and it's pretty much all she wrote‚” Elgar said.

“It wasn't part of the plan.

"We wanted to wear out the English bowlers. We know if they came back on day three with us being three or four down and they needed to put in some yards and miles in their legs on a hot day‚ we would have been on top.

"It's not right of me playing shots like that‚ especially being a senior batter. I shouldn't be putting the other guys under pressure.”

Dean Elgar on them not capitalising on their batting chances pic.twitter.com/CWlCxCnFiC

The final hour collapse means South Africa have to chase the game‚ even though they still have two wickets to protect on the third morning while England will be sniffing the first innings lead.

Elgar admitted they've given England the upper hand and they'll have to make the new ball count to avoid a tricky chase.

“After the last hour‚ I'd say they've potentially got one foot ahead of us.

"It's difficult to look into the future of this game. We've got a good battle on day three with the ball‚ but there's a lot of assistance out there‚” Elgar said.

“The new ball speaks quite a lot on that wicket‚ so we're going to have to capitalise and use the new ball well. We have to make it work.”

England's left-arm seamer Sam Curran was one of the beneficiaries of England patient drip-dry approach. He helped hasten the collapse with the dismissals of Van der Dussen and the dangerous Quinton de Kock.

Dean Elgar on the mistake he made that led to the fall of his wicket. pic.twitter.com/AooTHtPtHs

England had their own investment session that paid off to a point where they're in a position to take the game by the scruff of the neck.

““We don't want to look far ahead of ourselves and we want to take the game session by session from the morning and try to bat very well.”

England lost wickets at the start and the end of the morning session to go to lunch at 67/2 on Friday’s day one of the second Test against South ...
Sport
2 years ago

South Africa’s record at Newlands is as formidable as the beautiful mountain that broods over the stadium‚ something that should worry England ...
Sport
2 years ago
Next Article