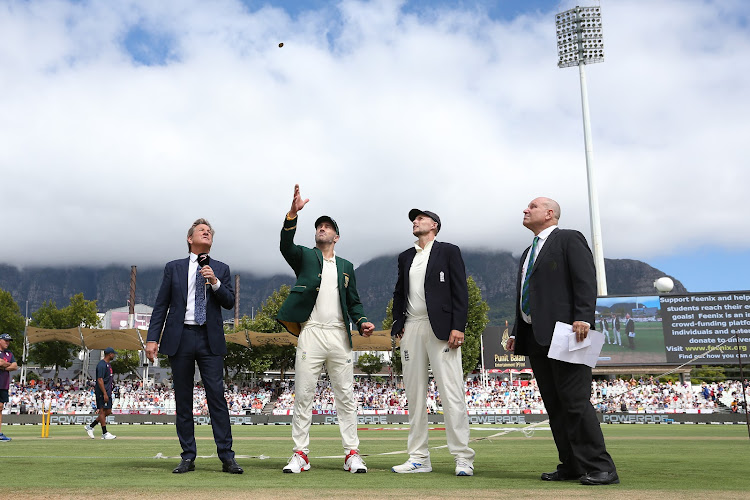 England won the toss and had first use of a straw-coloured but decent-looking surface at Newlands for the second Test.

It is the fifth consecutive toss that Proteas captain Faf du Plessis has lost since the tour of India in October last year – where he lost all three.

With Rory Burns missing the rest of the series with an ankle injury he sustained playing football while England were warming up on Thursday afternoon before their training session‚ Zak Crawley replaces him at the top.

The 21-year old will be partnering Dom Sibley at the top of the order‚ with spinner Dom Bess coming in for fast bowler Jofra Archer‚ who didn't recover from an elbow injury.

Ollie Pope came in as a middle-order replacement for the struggling Jonny Bairstow.