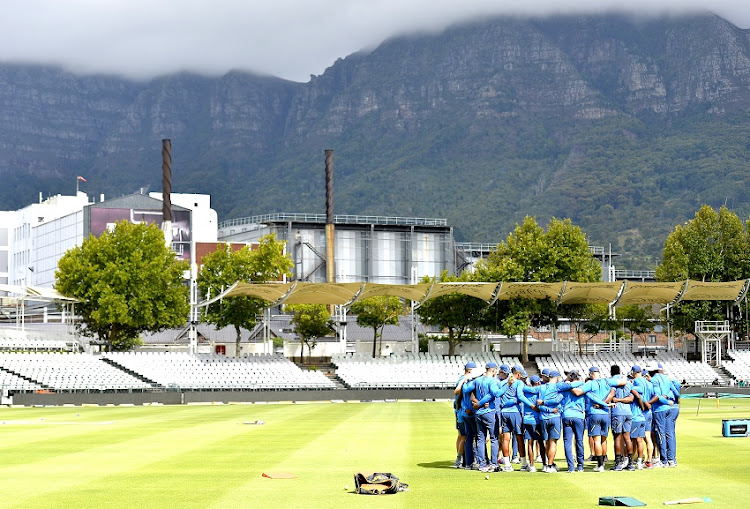 South Africa have yet to lose the New Year’s Test at Newlands since 1993 while England haven’t won at this ground since 1957.

All teams‚ except for Australia‚ who are unlikely to play a New Year’s Test in South Africa due to their own extravaganza at the Sydney Cricket Ground‚ have been consummately beaten.

Their last two Tests at Newlands have been memorable for different reasons.

In 2016‚ Ben Stokes put the South African bowling attack through the fire and the frying pan with an eviscerating 258.

He and Jonny Bairstow‚ who made an unbeaten 150‚ put together a Test-record sixth-wicket stand of 399.

A Hashim Amla double hundred and a ground-breaking maiden ton by Temba Bavuma ensured the high scoring Test ended in a stalemate.

In the 2010 Test‚ Graham Onions partnered with Graeme Swann to save an epic match after stonewalling efforts from Ian Bell (78 from 213 balls) and Paul Collingwood (40 from 188) kept England in the game. This was after South Africa’s bruising third innings effort meant England had a notional 466 to chase.

What will the New Year’s Test of the new decade have in store? It will have a debutant in Pieter Malan while Vernon Philander will be playing his last Test at his beloved Newlands as he winds down what has been a marvellous Test career.

England have their backs to the wall‚ something they’ve been accustomed to in Test cricket in the past year or so.

England teams of the past have generally been dangerous when they’re in this position.

However‚ they’ve also tended to wither away when they don’t start series well‚ especially away from home.

That’s been the case on trips to New Zealand and Australia where they didn’t quite recover from losing the first Tests.

Unlike their most recent New Zealand sojourn where they only had two Tests‚ they’ve still got another three to play catch-up.

However‚ they still have two injury scares to critical players with opener Rory Burns twisting his ankle while playing football during the warm-up while Jofra Archer pulled up lame with a right elbow problem.

While England’s first Test defeat looked comprehensive‚ Burns and Archer played a huge role in keeping them afloat with runs and wickets.

Whether they’ll be fit enough for combat will be seen on the morning of the match but should they not play‚ their absences could be felt.

It’s not the best way for England to start the year‚ but they’ll have to make do with what they have and for some weird reason‚ they seem to thrive when they’re in a state of co-ordinated chaos.

As for Philander‚ Newlands will be seeing their favoured bowling son for the last time in a Test and he’s hardly disappointed his home crowd. That’s not good news for England.