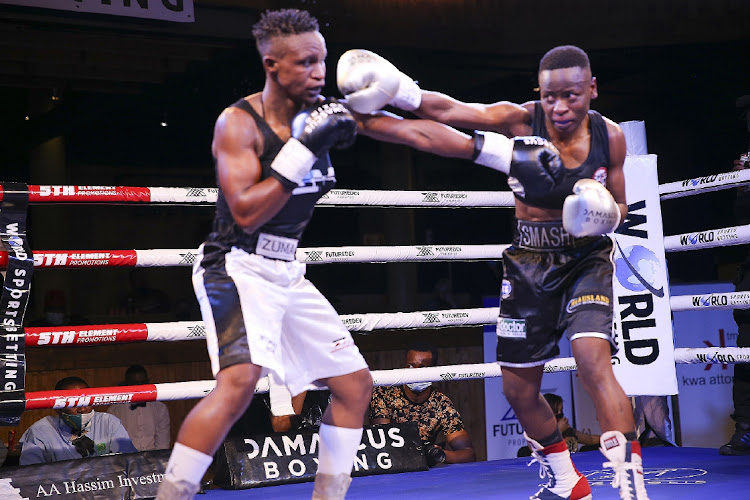 History should spur on BSA 2017-18 prospect of the year and current SA flyweight boxing champion Smangele “Smash” Hadebe to do everything possible in her arsenal to grab the fully fledged ABU belt tonight.

Namhla Tyuluba will be the referee and ABU vice-president Peter Ngatane should be commended for presenting her the opportunity to grow.

Thursday's fight, the second tournament this year broadcast by ESPN Africa, is arguably the first of its nature to feature a local female fighter since women's professional boxing was permitted in SA in 2006. There have been many ABU SADC title fights in this country but those belts are meaningless in the progression of fighters' careers.

The real ABU, whose president is Tunisian Houcine Houichi, has been affiliated to the WBC since 1974. Therefore, victory tonight comes with recognition from the WBC’s ratings committee. Houichi is also WBC vice-president.

“I am out of words but excited and shocked at the same time,” reacted Hadebe when told about the magnitude of her fight against Tanzanian Halima Vunjabel. “I will give it my all to win this belt.”

Hadebe, from Walkerville on the East Rand, knows what to expect from Vunjabel, who violently knocked out Nozwelethu Mathonsi in two rounds in TLB Promotions' women-only tournament at Meropa Casino in September last year.

“She’s a tough competitor and a fighter,” said Hadebe, whose career is managed by Colleen McAusland, who also made history in 2018 by winning the manager of the year award.

“I have no doubt at all that we will make South Africa proud,” said McAusland, whose boxers are trained by former SA heavyweight champion Anton “Rolling Thunder” Nel.

Promoter Sifiso Shongwe said: “We made a promise of featuring women prominently and we have delivered 100%. This bout is not just about making the numbers but instead a champion will be crowned.”

Topping the bill will be a 12-rounder for the SA junior-lightweight title between holder Phila Mpontshane and mandatory challenger Sibusiso Zingange.

Tyson Fury will defend his WBC heavyweight title against Dillian Whyte on April 23, the reigning champion announced on social media.
Sport
5 months ago

Women’s boxing struggled to gain a foothold with local fans, and Boxing SA director Mandla Ntlanganiso got it all wrong when he said it is a new ...
Sport
5 months ago

Gauteng has reclaimed the status of being the hub of boxing action and the place to be for boxers.
Sport
5 months ago

Phila Mpontshane is in the hood. The Mdantsane-based fighter arrived in Jozi yesterday.
Sport
5 months ago
Next Article