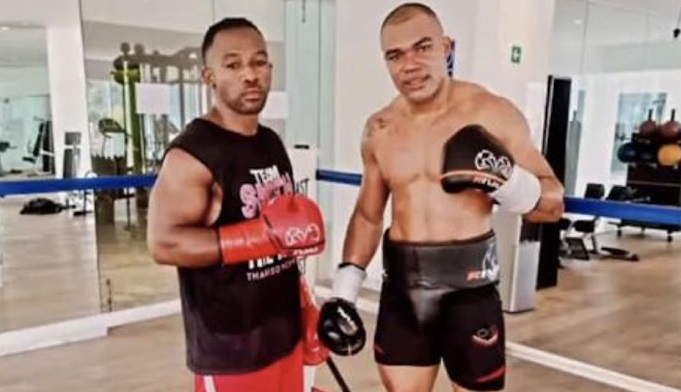 Mchunu will challenge Ilunga Makabu at Packard Music Hall in Waren, Ohio, in the US, on January 29.

The left-hander from KwaXimba in Pietermaritzburg, trainers Sean and George Smith and lawyer Jerry Thomas, flew to Mexico last Wednesday. That is where the supremely built warrior from Cato Ridge round-up his preparations by sparring with former Olympian and undefeated light heavyweight campaigner Albert Ramon Ramirez Duran from Venezuela.

Speaking from his hotel room yesterday, Mchunu said the weight carried by any WBC belt was planted to him some 20 years ago by his first trainer and father Alex Mchunu. Thabiso said the former heavyweight campaigner told him that for a boxer to say they have accomplished their mission, they must have won the WBC belt.

“That eventually became my dream from that early age,” he said. “It is coming to fruition.” The boxer added: “I am disappointed though, that the KwaZulu-Natal provincial government, where I come from, has not even written a letter wishing me well going into such a big fight; let alone give me financially support.

"I mean, I am going out there to fight for such a big title; I will be the third South African to win it; the first two were Thulani Malinga and Dingaan Thobela [both held the super middleweight belt] and now it’s my turn.

“I am not sure if the provincial government I come from is taking boxing lightly or they are ignoring this chance because it involves a black person. I am sure that if it was swimming they would sponsor the team; they do sponsor them with equipment and money. But that is not a train smash because I have never been supported anyway since I began fighting in 2007.”

The former SA, ABU, NABF titlist – who currently holds the WBC Silver belt – added: “Anyway, my team is very much supportive in every regard and that's why I believe that next in South Africa there will be a WBC cruiserweight champion.”

Mchunu expects a tough fight. "It should be difficult from the first until last round,” he said. “I expect Makabu to be better than the one I fought in 2015.”

Makabu stopped Mchunu in the 11th round.

“In that fight he was so easy to hit, so I got carried away; I wanted to knock him out and I got tired. But I have learnt many things, I have experience, there will be a difference.”

Trained by retired professional boxer Samson Ndlovu, Ngubane has been given a chance to regain her domestic title. She will oppose Rushda Mallick for ...
Sport
6 months ago

Moruti “Baby Face” Mthalane is heartbroken after he was a subject of fake news that he had been involved in a fatal accident.
Sport
6 months ago

Two influential boxing personalities in East London have condemned what they referred to as unruly behaviour by a fan who christened the Gauteng ...
Sport
6 months ago
Next Article