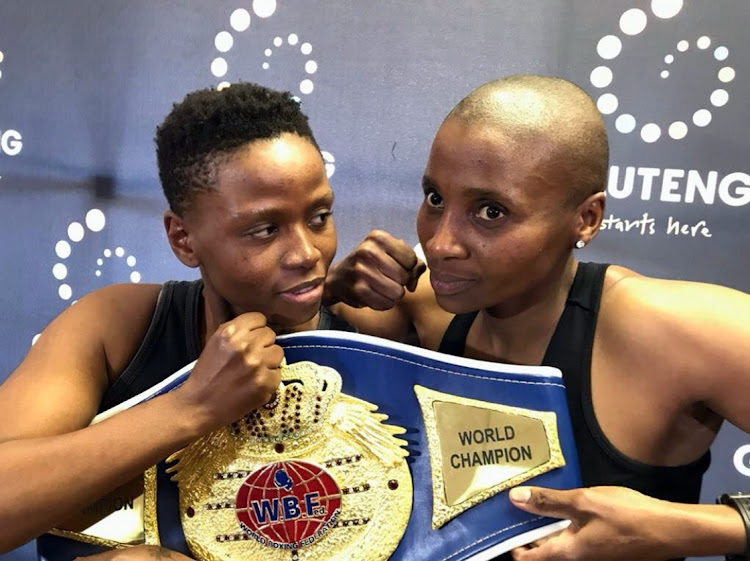 While a handful of boxers view the sport as just being a hobby to relieve stress, the majority of them use it as a way out of poverty.

One such boxer is Mapule “Thunder” Ngubane. The 33-year-old from Pietermaritzburg works part-time at a carwash company in Jules Street, Johannesburg.

Ngubane's life does not allow her to sit around and wait until she gets offered a fight. She has to hustle in order to eat. She was cleaning dustbins in Zola, Soweto, in 2020 while still waiting to defend her SA middleweight boxing title.

Trained by retired professional boxer Samson Ndlovu, Ngubane has been given a chance to regain her domestic title. She will oppose Rushda Mallick for the vacant belt in Durban on February 5.

Mallick, from the Western Cape, is a newcomer with two wins, a loss and a draw. She shared the spoils with Rita Mrwebi after their interesting non-title fight in Polokwane was declared a draw in September.

Ngubane said: “As much as I am happy for the opportunity, I am also angry that I will be challenging for the title instead of defending it. But I will be out to reclaim what belongs to me; I am gearing up for a fight of my life even it means breaking my hands.

“This title will open doors for me. I saw video clips of Rushda when she fought Rita, and is good, but I spotted some weak points in her. I have not fought against a southpaw but I will be ready when the time for the fight comes. I want to thank DMZ Sotobe for giving me the opportunity to fight for it.”

Ndlovu said: “I hope that life will change for the better for Mapule this year. I remember her winning the title. I've been with her for a few months before we fought Esther Matshiya for the title."

Moruti “Baby Face” Mthalane is heartbroken after he was a subject of fake news that he had been involved in a fatal accident.
Sport
6 months ago

Two influential boxing personalities in East London have condemned what they referred to as unruly behaviour by a fan who christened the Gauteng ...
Sport
7 months ago

Thabiso “The Rock” Mchunu and his camp, led by trainer Sean Smith, jet out tonight to Mexico where he will close off preparations for the biggest ...
Sport
7 months ago
Next Article