Numerous prospects and contenders likely to entertain us 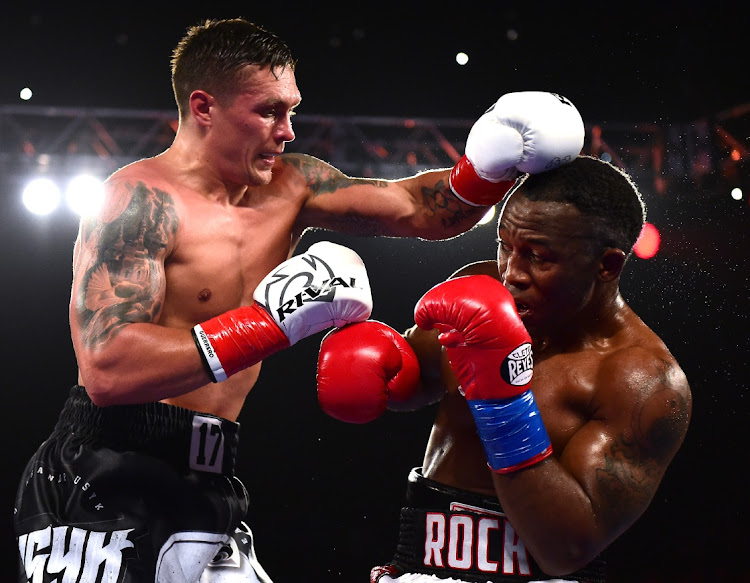 Oleksandr Usyk of the Ukraine tags Thabiso Mchunu of SA on his way to win the WBO Cruiserweight title.
Image: Harry How

Despite the rise in popularity of celebrity fights, hardcore boxing still retains the throne as the number one combat sport in the world. Credit goes to the numerous stars that risk getting their faces disfigured to entertain millions of fans with their skills and charisma.

While the sport is internationally considered an outlet for YouTubers to settle their respective beefs, the heart of it is still fuelled by numerous prospects and contenders. We look at some boxers that could – if given fair opportunities – set boxing on fire this year.

Thabiso Mchunu: He stands between real fame and fortune. The WBC Silver cruiserweight champion is the mandatory challenger to WBC champion Ilunga “Junior” Makabu. Their shootout is scheduled to take place on January 29 in the US. It is no longer about the WBC belt but mainly about the future. There is a pot of gold facing the winner – a money-spinning fight with Mexican star Canelo Alvarez.

Expectations are the matchup between Mchunu, of KwaXimba in Pietermaritzburg, and Makabu, from Kananga in Congo, will not go the scheduled 12 rounds. It may go down as the best ever All-African WBC championship fight. Mchunu is trained in Johannesburg by Sean Smith while Damien Durandt is part of Makabu’s team. The champion is managed in France and promoted in the US by Don King.

The next in line is SA and IBF junior middleweight holder Shervontaigh Koopman. The 26-year-old is a true natural in the game. He is gifted with raw punching power and he looks to be the biggest star in the game in the future.

Koopman is a boxer that can change stances quicker than his opponent can blink. His most recent victories were against Simon Dladla who Koopman pulverised into submission in seven rounds for the SA belt in September. He followed with a points win over Henrique Lando for the IBF Continental Africa title in December.

Fourth on the list is Cowin Ray whose stock value increased when he pulverised Frank Rodriquez into submission over nine rounds to win the national super middleweight title in September. With his explosive striking and promoter Rodney Berman constantly promoting and hyping him, it won’t be long until 25-year-old Ray gets a hold of an international title.

Lusanda “Mexican” Komanisi completes the list. The former SA and IBO featherweight titlist was written off and actually advised to hang up his gloves after his three consecutive losses, especially the knockdown by Michael Mokoena in 2018. But Komanisi has chalked up four straight wins, all by stoppages, since losing to Siphosethu Mvula on points on June 30 in 2019.

Komanisi, 32, was crowned WBA Pan African lightweight champ on December 18 after stopping Kabelo Bikitsha in seven rounds. He is the mandatory challenger to SA champ Tshifhiwa “Atomic Spider” Munyai. That will be a cracker and the loser will have to reconsider his stay in the fight game that can be destructive. Munyai is 36 years old.

Despite tough Covid-19 conditions, some licensees in different categories soldiered on. It is unclear if BSA will have the annual awards to recognise ...
Sport
1 week ago