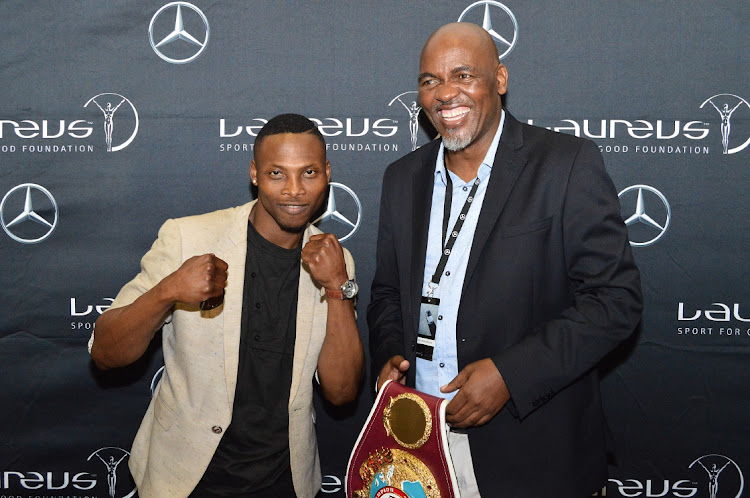 Two influential boxing personalities in East London have condemned what they referred to as unruly behaviour by a fan who christened the Gauteng Boxing Promoters Association (GBPA) a “taxi association” on social media.

Successful manager Mlandeli Tengimfene and Eastern Cape Boxing Promoters Association (ECBPA) chair Thando Zonke are disappointed by what was said on social media and are now worried that their cordial relationship with the GBPA, which benefited fighters and the sport at large in East London, has been tainted by “faceless” fans.

A livid Tengimfene, whose charges Zolani Tete and Sinethemba Kotana have fought in tournaments organised by the GBPA at Booysens Gym, said: “I fully understand how they [members of the GBPA] feel, and maybe some of us are silent as if we are fine about what was said on social media.

“I will work with anyone who will offer boxers under my guidance fights. In this case I have chosen Gauteng. Nobody from East London, Mpumalanga and anywhere except the Gauteng Promoters Association opened arms for me when I had to deal with Kotana [a reformed drug addict]. He has fought twice in Gauteng and he got very good exposure.

“The Gauteng Promoters Association has given us opportunities so I cannot keep quiet when our relations are messed up by faceless people on social media. Criticism is welcomed but it must be constructive.”

Tete received an electrifying welcome at the Booysens Gym in December in his fist fight since 2019, when he lost the WBO bantamweight title.

Said Tengimfene: “It’s been two years [since] Covid-19 hit us, and Gauteng Promoters Association has always opened arms to boxers from a number of provinces. There was nothing happening here in East London.

“I condemn in the strongest possible terms the undeserved attack on the Gauteng Promoters Association. I stand by all promoters who are assisting our boxers with action because it makes it possible for us to lift areas where we live. This is the only talent we have here.”

Zonke said: “I have to apologise to the Gauteng Promoters Association chairman on behalf of the Eastern Cape boxing fraternity. We agreed that we cannot allow someone who is not a BSA [Boxing SA] licensee to create such chaos. My appeal to licensees is to stay away from social media groups because fans say wrong things and use bad language there, and once you respond then they enjoy it. Let us keep our professionalism at all times.”

Innocent fighters from the Eastern Cape have unfortunately become collateral damage in a row where “unsavoury” verbal abuse was directed at the ...
Sport
1 week ago

Thabiso “The Rock” Mchunu and his camp, led by trainer Sean Smith, jet out tonight to Mexico where he will close off preparations for the biggest ...
Sport
1 week ago

While the British Boxing Board of Control has suspended tournaments under its jurisdiction for the month of January due to growing positive cases of ...
Sport
1 week ago

The pending issue around the appointment of a permanent chief executive officer for Boxing SA remains a thorn in the flesh of the seven-member board.
Sport
2 weeks ago
Next Article