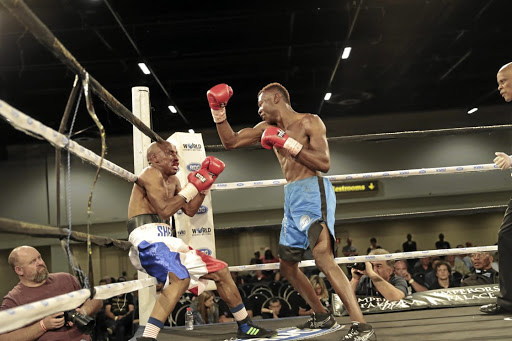 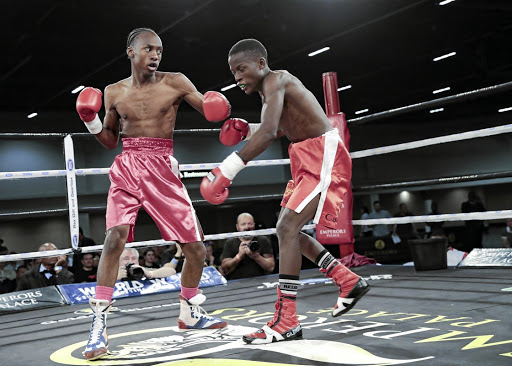 New boxing stars that were born at Emperors Palace on Sunday - Jabulani Makhense, Ricardo Malajika and Boyd Allen - earned a place in the "Repeat or Revenge" bill that will be head-lined by the rematch between ABU cruiserweight champion Thomas Oosthuizen and Thabiso Mchunu, also at Emperors Palace on December 8.

Makhense pulverised the experienced Gift Bholo into submission in seven rounds to lift the vacant Gauteng welterweight title. Bholo fought with a broken nose from round two.

It was bleeding profusely but he wouldn't just give up. Makhense remains undefeated after six fights.

Malajika, a former six time SA amateur champion, landed a picture-perfect right hand on the button in the first round. You could swear that Nkululeko Mnisi had been hit with a four pounds hammer. He went down, got up and fell on his face in only two minutes and 19 seconds into the first round.

Boxing in a fix over TV

After lashing out at the SABC for reneging on a deal to show live boxing, promoters have been asked if their bouts warrant coverage.
Opinion
1 year ago

The trio and Keith Gomes - who was unimpressive in fourth round stoppage of Siphesihle Botman - were confirmed in the line-up for December 8 show by promoter Rodney Berman, whose Golden Gloves was in charge on Sunday. "They will definitely feature in our tournament," he said, adding that he was so impressed by Malajika that he is looking at giving him an opportunity at the ABU title.

Paul Mangxilane pulverised Lucky Monyebane into submission in eight rounds to win the vacant Gauteng lightweight title, while Michael Makram knocked Mandla Mpofu out in the third round.

Tristant Trutter did the same to Sibonelo Nzimande in the second round.