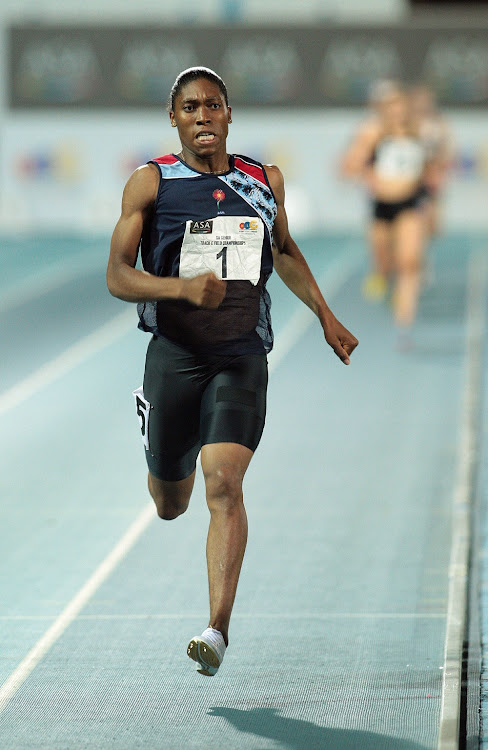 The undisputed queen of middle-distance running has been nominated in the categories of sports star‚ people’s choice and sportswoman of the year where she is expected to make a clean sweep despite tough competition.

Also featuring predominantly on the nomination list is the newly-crowned IBF‚ WBA Super and the Ring Magazine junior flyweight champion Hekkie Budler‚ who is nominated in the categories of sports star and sportsman of the year awards.

South Africa’s most prolific Commonwealth Games athlete of all time‚ swimmer Chad Le Clos‚ was also nominated twice like Budler in the categories of people’s choice and sportsman of the year.

“With this year’s nominees‚ the judges are really going to have a tough time as our athletes have been raising the South African flag in a truly impressive manner both locally and internationally‚” Xasa said.

“Women given the opportunities to participate truly excel and this year we are seeing the increasing dominance of women in these categories.”

The minister confirmed that the ceremony will be held in Bloemfontein next month.

Zolani Tete‚ who is nominated for the people’s choice award‚ is the second boxer in one of the main categories and Budler said the spotlight will help in improving the image of the sport.

“I hope my nomination gets more eyeballs on boxing. To be nominated means a lot for my sporting code and hopefully a lot more people can become involved.

“I also wish Zolani well and I hope that he gets something because he has been doing well for himself and the country‚” Budler said.