Boxing in a fix over TV 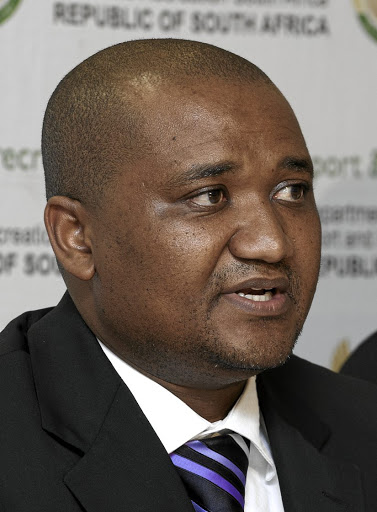 After lashing out at the SABC for reneging on a deal to show live boxing, promoters have been asked if their bouts warrant coverage.

That's how sports and recreation department director-general Alec Moemi responded about the absence of live boxing on SABC TV and radio.

Moemi's department invested about R11m on the "boxing is back" campaign to publicise the sport's return to TV after a lull since 2015.

When boxing returned on both TV and radio, fans were excited. But nothing has happened this year, except for the annual awards in January.

Moemi felt the system by the SABC was not working.

"Some tournaments took place at venues where the ablution system is not working and if I were a woman, I would not return," said Moemi.

"Others are unable to even write proper proposals yet they request R3m. Only a few are capable of putting on quality shows, and one of them is Rodney Berman. He has never knocked on our doors.

"Yes, boxing must be seen by the nation and that is a political call to be made but match-ups must be of great quality."

The Friday 10pm boxing slot on SABC television will also be reviewed going forward, Moemi said, but added: "Boxing bouts must also speak for themselves. People wake up at 3am to watch Floyd Mayweather Junior because there is quality."