Teen sensation off to make her mark in SA champs 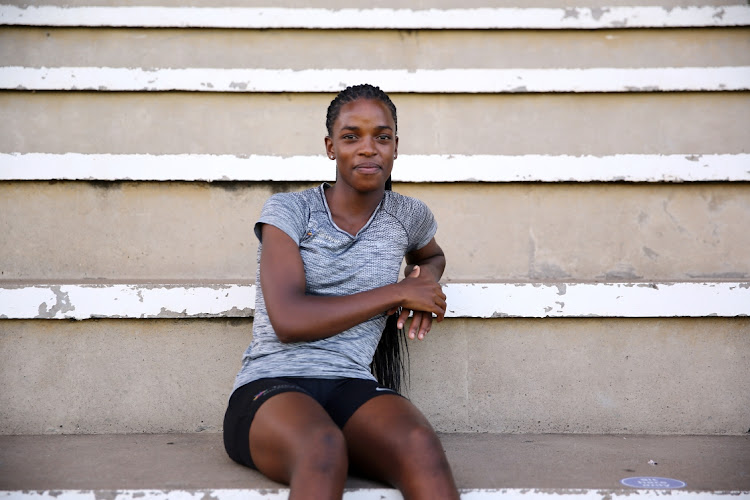 Highly-rated junior sprinter Viwe Jingqi has confirmed that she’ll be running in the ASA Senior National Championships in Cape Town this week, in what will be her second senior event.

TuksSport High School learner has been in blistering form this season, taking the athletics circuit by storm as she breaks one record after another. At the beginning of April she broke the SA U18 100m record three times at the national junior athletics championships in Potchefstroom.

"It's quite amazing for me to win such a big competition but it's something I've been working for. I knew I was going to do well, comparing the time they have been running and my times. I saw that I have a chance.

"When I went there I wanted to run 22.90, the competition was too much. I'm not happy with the time but I'm happy with how I ran my race," said Jingqi.

Now the Ngcobo-born, Eastern Cape, athlete will shift her focus to the SA senior champs and is looking forward to going up against the likes of Carina Horn.

"I'll be running with Carina Horn... running with seniors and Olympians is going to push me even harder and maybe I'll run for the times I prayed for."

The 17-year-old is under the guidance of world-class coach Paul Gorries, who said they are planning on running the 100m at the seniors in the Green Point Athletics Stadium.

The aim is to prepare her for the World Junior Athletics Championships, Gorries said. "At this point, it's one event only. Either way, whether she's going to run in the 100m or 200m, she's got a good chance of winning it, in my personal opinion.

"I think the 100m is going to be a pressure race, at this time it's something she needs. That's the type of competition and pressure you're going to get (in the world juniors). In the 200m, she's in her comfort zone, a little bit relaxed. So at this point, I think 100m."

Rising sprint star Viwe Jingqi wants to test herself against established sprinters and give them a run for their money when she lines up at the ...
Sport
3 months ago

Reigning 100m and 200m SA junior champion Banele Shabangu oozes exuberance as she speaks about her ambition to dominate the domestic athletics tracks ...
Sport
5 months ago

Teenage sprint sensation Sinesipho Dambile has dedicated his haul of two medals at the World Athletics Under-20 Championship in Nairobi, Kenya, to ...
Sport
11 months ago
Next Article