Omanyala aims for sub-10 in face-off against Simbine 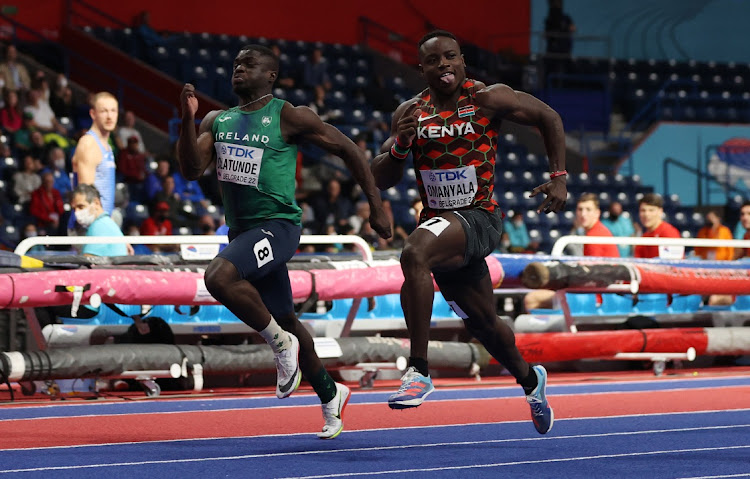 Omanyala, from Kenya, is looking to take the momentum from the third leg of the Grand Prix where he won the 100m in 10.11 seconds at the NWU McArthur Athletics Stadium in Potchefstroom.

The African record (9.77sec) holder was not only happy with his performance but overly pleased with the manner in which the Grand Prix in Potch was organised by ASA.

“The Grand Prix was well organised and I wished the Potch leg took place during the day because it then became cold at night. I love the organisation and am happy that it was also live on television. Other African countries can learn a lot from SA.

“They are giving athletes that cannot get out of the country and continent an opportunity to compete. African athletes lack competition, but in SA, it is a different story. The organisation is top class,” said Omanyala, who was speaking to the ASA media team.

With the duel between Omanyala and Simbine is the talk of the town, the East African sprinter is not paying too much attention to the battle and is instead focusing on improving his own time.

“I’m not focusing too much on Akani, but I want to race against the clock and run a faster time. We have to push each other to run a fast time. I am going head-to-head against the former African record holder. I am excited and want to put on a great show for the supporters. My goal is to run 9.96 or 9.95, depending on the weather on the day,” said Omanyala.

Meanwhile, Simbine wants to use the ASA Grand Prix as a springboard for the season. The sprinter from Kempton Park is planning on pacing himself in the domestic scene and then going all out in the major international competitions.

“This year coach and I decided it’s going to be a championship year, it’s not going to be focused on one-off races, it’s making sure when it’s time for a championship I am at my best, to be ready for the African Champs, World Champs and Commonwealth games.

“There are two titles I need to reclaim, which are my African and Commonwealth titles; and then go to the World Champs and do my best,” Simbine said.

Carina Horn returned after a two-year gap to snatch a narrow victory in the women’s 100m at the third meet of the grand prix series in Potchefstroom ...
Sport
4 months ago

SA sprinter Akani Simbine says he will be a new and improved athlete this year, ahead of his first meeting in the third round of the Athletics SA ...
Sport
4 months ago

Simbine on a mission to make SA a sprinting nation

SA sprinter Akani Simbine is on a mission to unearth raw talent in remote areas to make sure the country builds towards being a sprinting nation.
Sport
4 months ago

SA will be stripped of its World Relays gold medal after one member of the 4x100m team was handed a two year and six months ban for doping.
Sport
5 months ago
Next Article