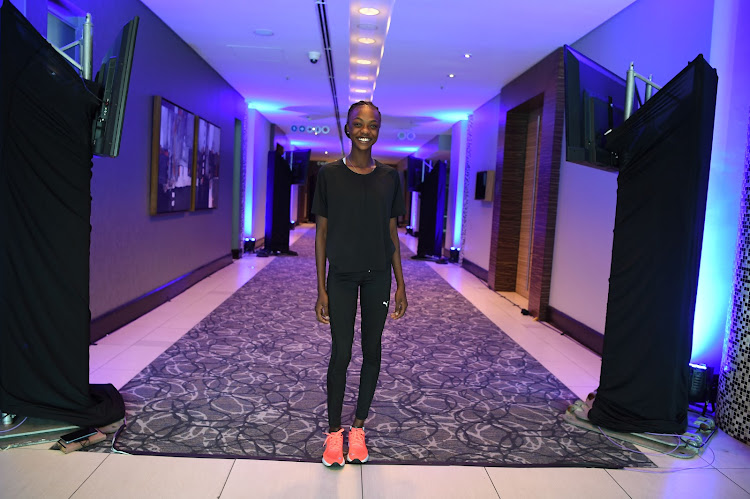 Banele Shabangu is the reigning 100m and 200m sprint junior champion and is now ready to make the step up after she was promoted to the senior ranks.
Image: Lefty Shivambu/Gallo Images

Reigning 100m and 200m SA junior champion Banele Shabangu oozes exuberance as she speaks about her ambition to dominate the domestic athletics tracks and conquer the world.

The Barberton-born teenager, who turns 20 in July, has won everything there is to win in the junior ranks and says she is ready to make the step up after she was promoted to the senior level ahead of the start of what will a busy year for athletics.

“I’m pretty excited but it is not the first time I have been with the seniors. I have experienced running with the seniors since I was a junior, but now I am officially a senior and since they know who I am and I know who they are, it is not going to be that hard for me to adapt,” she said.

Shabangu was speaking on the sidelines of an event hosted by Athletics SA in Rosebank, Johannesburg, where the governing body announced a five-year multimillion-rand broadcast partnership with SuperSport that will see the pay-TV giant televise all aspects of the sport, from track and field to road races, including the iconic Comrades Marathon.

Shabangu has ruled the roost as a junior as part of the Prestige College team in Hammanskraal and recently joined Gift Leotlela, Wenda Nelteam, Phindile Kubheka and Boipelo Tshemese at Grigora, where they are coached by three-time Olympian Hennie Kriel.

“I recently joined the team and I am so glad that I finally adapted. It is not easy moving from a new coach but I adapted easily.”

She understands that transitioning to the senior ranks will require her to break a lot of sweat.

“I have been telling people that I know I was doing the most while I was still a junior but now if feels like I am starting from point A and working towards point Z.

“Now I have to work harder than usual. I am no longer at Prestige, where they pushed me. I am on my own and have to push myself.” 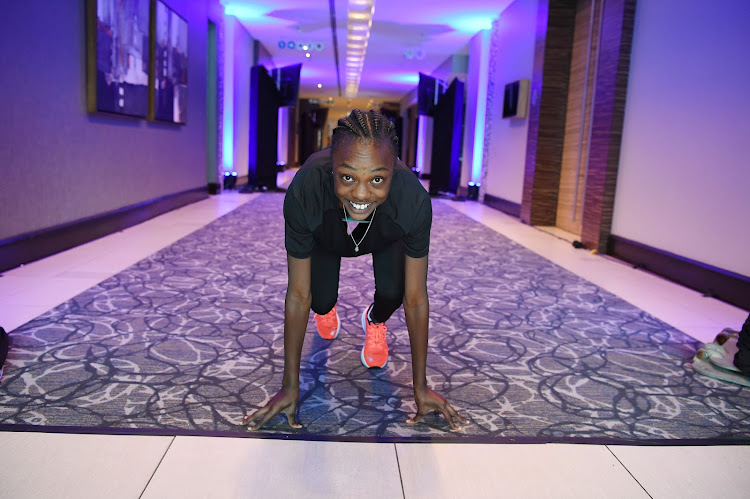 The Tshwane University of Technology student kicked off her campaign last week in Johannesburg.

“My season started at the classic shootout where I did the 300m and the 150m. I also finally did my 200m and 100m yesterday [Thursday]. I had a new PB yesterday in my first race. I can see path is being clear.”

Shabangu is so confident of her abilities that she wants to focus on both the 100m and 200m sprints, even in a jam-packed international athletics schedule where there will be the African Championships in Mauritius in June, the World Championships in Oregon in the US in July and the Commonwealth Games in Birmingham in England in August.

“But also the 100m is also my event and I have to focus on it as well. I’m not going to focus more on the 200m but I know that I have more potential on the 200m. I believe in myself and I guess it is time to work hard.

The best of South African athletics will be showcased on SuperSport after Athletics South Africa concluded a 𝙢𝙖𝙟𝙤𝙧 broadcast arrangement with the broadcaster.

“I am still going to work hard because there are times that I need to do in order to go to Oregon, the World and African Championships.

“We are working on going to the future Olympics [in Paris in 2024]. It is going to be an amazing journey.”

Shabangu hopes to crack the nod for the countrywide six-leg Spar Grand Prix starting in Bloemfontein later this month but in a bumper-to-bumper schedule of domestic and international events this year, how will the greenhorn cope?

“I have realised that there are some meetings which you have to miss and focus on the more important meetings. Like maybe if I can’t go to the African Champs, I know that eventually my times will qualify me for the Commonwealth Games.

“We will be training along the way and possibly there is going to be a European season where we can go overseas to run and come back, but we will see what to do. It is really difficult this year because there are so many meetings coming up.”