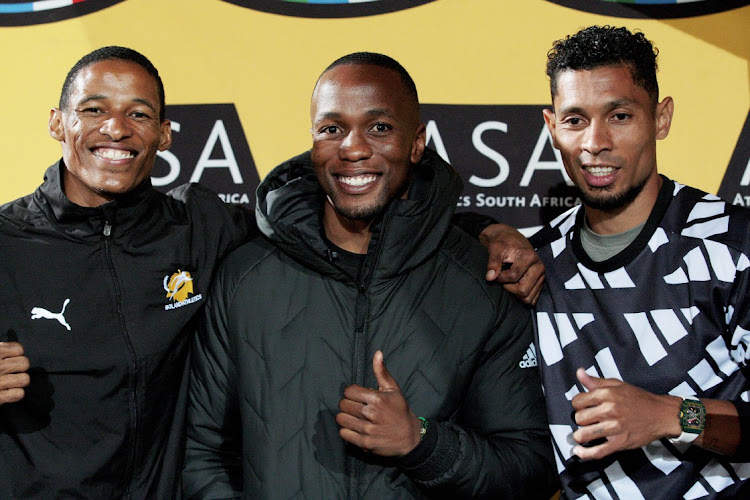 In 2016 in Rio de Janeiro, SA won 10 medals. But two of the previous podium finishers – Caster Semenya and Luvo Manyonga – are not part of the team due to failure to qualify and suspension respectively. Charles Baloyi looks at potential podium finishers for our team.

Simbine promised a lot but delivered little at previous events. Locally, he achieved everything there is to win in the sport. However, he is yet to win an international gong. Simbine is peaking at the right time and fresh from breaking the African record. He is among the favourites to win silverware in 100m.

After his two-year absence due to injury, he is slowly getting back to his best. He left it late to qualify with two weeks to go in Madrid. His mission is to become a back-to-back Olympic champion, and he loves taking on a challenge. He is a guaranteed medal prospect and can take on anyone and deliver on his day.

Fresh from their historic performance at the World Relay Challenge in Poland in May, the relay team is confident of making the podium. Simbine is in the form of his life. Gift Leotlela won three 100m races in Europe, while Shaun Maswanganyi is making his mark in the US. Clarence Munyai is also doing well. Best chance for SA in this event in a while.

She has the potential to make the podium, even though cycling is a small and not popular sport in SA. She finished 16th in Rio, but five years later, her performance has improved, and she could pull off an upset.

Schoenmaker was not part of the Rio Olympic Games in 2016 after she missed out in the qualifiers. She has achieved a lot on the world stage except at the Olympics. The 24-year-old benefitted from the postponement of the Games last year, as she was able to work on her game and qualify for Tokyo.

The golden boy of SA swimming has the honour of being the flag bearer alongside women’s hockey goalkeeper Phumelela Mbande. The 29-year-old is going into his third Olympic Games. He stunned American swimming icon Michael Phelps in London in 2012. He is eager to add to his four Olympic medals in Tokyo.

The 400m hurdles star is aged 32 and this could be her final Olympics. She made the semis in Rio five years ago. On her day, she can make the podium. Confidence will not be an issue as she has been in the game since 2005.

Samaai left the Olympic Games in Rio de Janeiro, Brazil, in tears after suffering injury and pulled out. He has unfinished business in Tokyo. The only medal missing in his cabinet is an Olympic medal. Long jump has consistently delivered medals for SA in recent years, and Smaai would want to continue with that tradition.

At the Rio Olympic Games in 2016, they settled for a bronze medal. The Blitzboks have done well at various Sevens Rugby tournaments around the world. They have a score to settle as they are going for gold in Tokyo, especially as the Springboks won the Rugby World Cup in Japan in 2019.

Team SA will field two flag-bearers at the Tokyo Olympic opening ceremony on Friday night‚ the country’s most decorated Olympian of all time‚ Chad Le ...
Sport
3 months ago

Prominent long-distance runner Irvette van Zyl has an unfinished business at the Olympic Games in Tokyo, Japan.
Sport
3 months ago

Olympic silver medalist Luvo Manyonga has broken his silence after his four-year ban and the long jumper has issued with an apology to his family and ...
Sport
3 months ago

After a period of gloom, South Africans finally have something to look forward to, which can take their minds off the despairing pictures we’ve seen ...
Opinion
3 months ago
Next Article