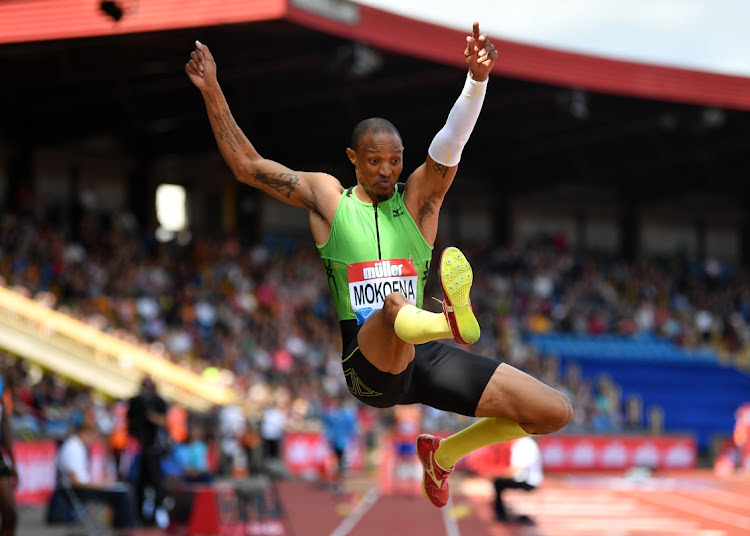 Following Ruswahl Samaai's elimination in the long jump qualification rounds, Mokoena is calling for a change to rescue the event.

Mokoena also failed to qualify for the long jump final at the Rio de Janeiro Olympic Games in Brazil in 2016 and he contemplated quitting the sport.

However, he changed his mind, and he is still going strong. At 36, he is training for the Commonwealth Games in England, next year.

“Our long jumpers have a long way to go. We need to pay more attention to them because, in the past championships they produced medals," he said. "The failure to get to the final on Sunday sparks concern in the long jump event. We did not even have representation in the triple jump. There is so much work to do before 2023.

"In 2016, 19 were good years for the long jump event, but the standard now seems to drop. Luvo [Manyonga] is serving a four-year suspension and we do not have many good jumpers in the country.

“Samaai did not have a bad season in Europe, but it was a different game at the Olympics. It is usual for him to want to quit. I also said in my interview that I wanted to leave the sport after I failed to make the finals in 2016, but three years later. I won the Diamond League title."

Mokoena has a personal relationship with Samaai. "I will speak words of encouragement to persuade him not to leave the sport," he said.

SA long jump star Ruswahl Samaai wished the earth could open up to swallow him after he failed to qualify for the long jump final at the weekend.
Sport
2 months ago

The country is looking at athletics to deliver the medals for Team SA at the ongoing Olympic Games in Tokyo, Japan, when the 10-day track and field ...
Sport
2 months ago

Five medals! That is the haul Team SA should achieve at the Tokyo Olympics‚ which kick off in earnest on Saturday.
Sport
3 months ago
Next Article