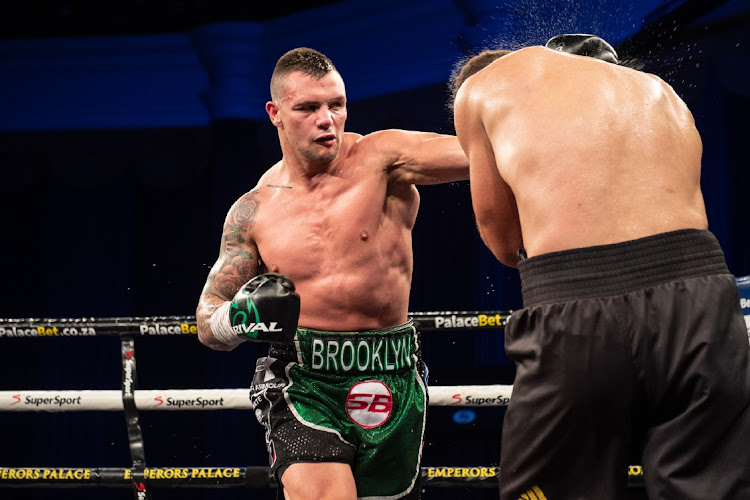 SA has not had a decent heavyweight boxer to hold his own against the best in the world. This country, however, has had world champions in Gerrie Coetzee, Francois Botha and Corrie Sanders.

Coetzee won the WBA belt in 1983 with a 10th round knockout of Michael Dokes. Botha outpointed Axel Schultz over 12 rounds for the IBF belt in 1995.

Sanders – who previously held the WBU belt – added the WBO strap in his collection with a second- round stoppage of defending champion Wladimir Klitschko in 2003.

But it looks like SA will now pin its hopes on Kevin “Two Guns” Lerena for a decent representation in that weight division where Ukrainian Oleksandr Usyk – a former undisputed cruiserweight champion – rules the roost as the WBA Super, IBF, WBO and IBO champion. Englishman Tyson Fury holds the WBC belt.

Lerena is a former IBO cruiserweight undefeated champion. He vacated that belt yesterday and immediately announced that he has moved up to the heavyweight division. Lerena said he could no longer make the limit for the cruiserweights.

“The best move is to go up and the weight and that is the heavyweight division,” explained the former SA, WBA Africa and Pan Africa, WBC Silver who reigned supreme as the IBO champion with six defences. “I am already rated at No 25 in the world in the heavyweight division; I am looking at getting a top-10 ranking after my first fight,” said the left-hander who is ready to give heavyweight boxers nightmares.

“I am ready to rock and roll with the bigger boys. We have already thrown around some big names in the business. We hope they will accept the offer. We are looking at having a fight in December.”

Lerena has established himself as one of the top fighters in the world since making his professional debut in 2011. The former horse racing jockey champion has defeated a number of vastly experienced campaigners. Lerena’s work ethics in the gym and the will to fight makes it easier for trainer Peter Smith to work on his charge’s technical skills.

Lerena will not be outweighed in the heavyweight class. He weighs just above 100kg. Deontay Wilder, who lost in his bid to reclaim the WBC heavyweight title from Tyson Fury last weekend, tipped the scales at 107kg.

Berman ecstatic as boxing fans are allowed back into venues

Rodney Berman reacted like a kid in a candy store when informed yesterday that finally doors have been officially opened for sport fanatics.
Sport
9 months ago

The reaction from the fight fraternity and media to the third instalment of an epic heavyweight championship fight in which both WBC champion Tyson ...
Sport
9 months ago

TLB Promotions has started cooking up a storm of a boxing feast which promoter Joyce Kungwane says will be dished out to fans during the festive ...
Sport
9 months ago

Phikelelani Khumalo has quit football, the sport where remuneration is not determined by an appearance, and joined the fisticuffs sport.
Sport
10 months ago
Next Article