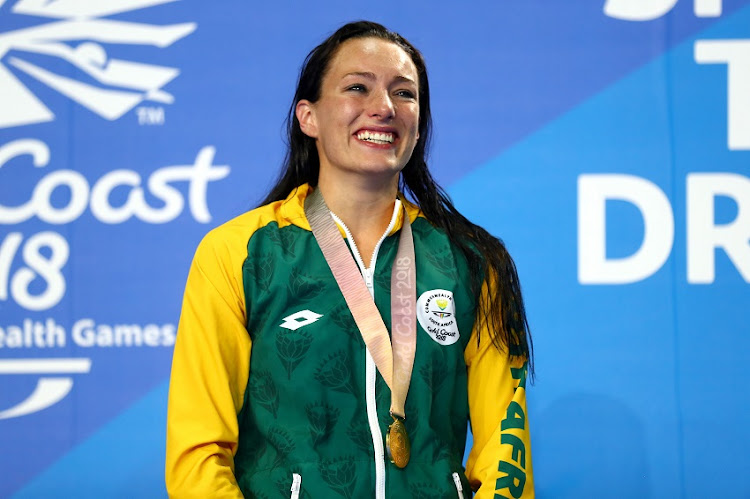 Swimming star Tatjana Schoenmaker says she has increased the load of her land-based training after being forced out of the pool during the lengthy lockdown aimed at curbing Covid-19.

Schoenmaker’s comments were contained in a statement released by one of her sponsors on Wednesday.

Schoeman‚ the breaststroke queen who claimed the Commonwealth Games double in 2018 and won the 200m silver at the world championships last year‚ said she was still training hard despite not being able to swim.

“Normally we’d do land-based training twice a week‚ but due to the circumstances I’m training four to five times a week‚” said Schoenmaker‚ SA's leading hope to end the 20-year drought of Olympic medals for female swimmers.

Swimmers with access to small pools could do stretch-cord training‚ where the swimmer is tethered by an elasticised rope.

But the weather hasn’t played ball for Schoenmaker.

“It’s been cold in Gauteng so I haven’t been able to get into the pool just yet.”

Schoenmaker signed with apparel company Under Armour in February.