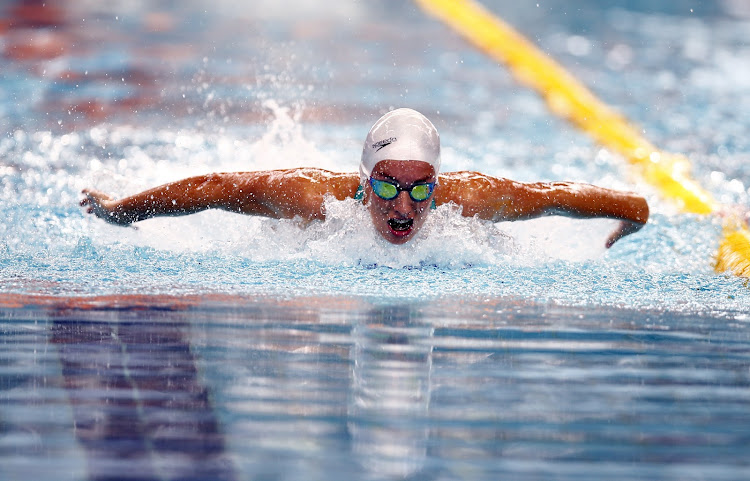 South Africa’s Olympic team is expected to be the biggest in history at Tokyo 2020‚ with the SA Sports Confederation and Olympic Committee (Sascoc) predicting 228 competitors.

That is a massive rise from the 138 who competed at Rio 2016‚ where Team SA matched their best-ever haul of 10 medals.

Sascoc’s acting president Barry Hendricks said at a press conference on Friday the anticipated number of athletes would come from 25 codes.

With coaches‚ managers‚ medical support and administrative staff‚ the total number bound for Japan will rise to around 300.

The increase will not mean more medals‚ in fact SowetanLIVE is predicting between three and five at this stage.

The reason for the increased team size was the change in the qualifying criteria.

The national federations last year voted to scrap the tougher standards proposed by Sascoc‚ opting for the more generous criteria required by the international sports bodies.

That meant allowing continental qualifying options which are generally easier and cheaper than the international avenues.

Hendricks added that sponsorship deals were being done‚ including one with SABC that would ensure the Olympics and Paralympics are broadcast to the nation.

Ticketing for SA fans hoping to be in Tokyo is being arranged through Team Sports Travel‚ with packages costing close to R60‚000.

Four years ago she missed the 200m breaststroke qualifying time by one-hundredth of a second.

“I think it’s now exciting. It’s my dream since I was a child to go to the Olympics and now it’s six months away. I’m looking forward to trying to qualify.”

She is likely to seal qualification at the national trials in Durban in April‚ but she warned against medal predictions. “It’s going to be tough to get into the final — Rocco [Meiring‚ her coach] and I were talking — we’re going to need a 2:20 to make the final.”

That means clocking a personal best.

At the world championships last year she posted a 2min 21.79sec African record in the semifinals.

She went a little slower in the final. “We’re working on that.”

Schoenmaker has more time to focus on her training this year after finishing her B.Com in financial sciences. Instead of rushing to lectures or studying every evening‚ she can now rest between training sessions.

“I’ve been sleeping and relaxing more‚” she said with a laugh. “The intensity of training has increased.

“This year is just for the swimming‚” Schoenmaker added‚ saying she may study further next year to get to the World Student Games.

Also at the Sascoc press conference was skateboarder Brandon Valjalo‚ the highest-ranked in his sport in Africa.

Skateboarding is one of the new sports being featured in Tokyo.

If Valjalo can keep his position by the end of May‚ he’ll secure his spot in Japan‚ but he will have to shine in at least five of eight competitions between now and then.

The 21-year-old’s speciality is street skating‚ which involves tricks on handrails and steps‚ the harder the trick‚ the better the score.

Different codes have different cut-offs‚ but the final deadline for Olympic entries is July 6.