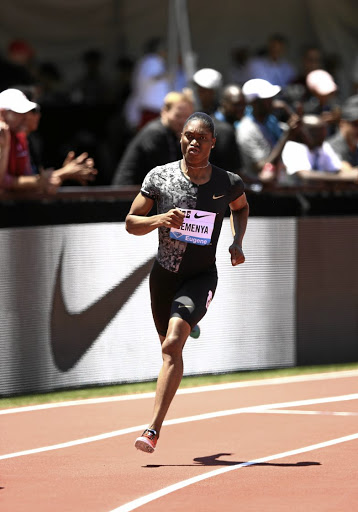 Caster Semenya has shot down suggestions her absence from the world championships in Doha last year contributed immensely to SA returning without a single medal.

With the 800m world champion barred by the IAAF from participating in the championships, not one of the SA athletes managed to medal in what was seen as a disaster for the country. The situation was exacerbated by the absence of Olympic 400m champion Wayde van Niekerk, who was nursing a long-term injury.

But Semenya, speaking after she was unveiled as one of the ambassadors for tyre maker Bridgestone this week, defended her compatriots and reasoned they had tried their best in tough circumstances.

"I don't think we should use that argument... that we didn't get medals because myself and Wayde were not at the world champs," Semenya said.

"Other athletes from Team SA did well; they ran their best times, they jumped well. You cannot blame them for not winning medals. I think it's just that other athletes from other countries were better. Maybe it was God's plan that we don't win a medal."

Semenya added that singling out individuals was self-defeating in a team sport.

"We had Team SA there [in Doha]. It's like [Kaizer] Chiefs or [Orlando] Pirates; if they don't have a particular player, the others come in and still compete," she said, referring to the Soweto soccer giants.

Semenya was chuffed to see her 800m crown remain on the continent following the victory of Ugandan Halimah Nakaayi.

"I was denied a chance to compete, but I would say I was present because a fellow African brought home the gold. It's on this soil. I felt like I had passed over the baton."