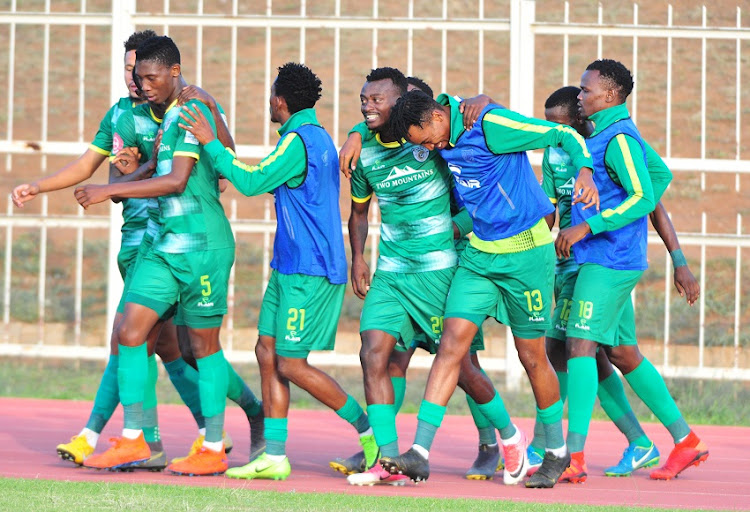 Focus will be at the top of the table for obvious reasons on Saturday as the Absa Premiership title race comes to a close‚ but at the bottom there is a massive bunfight brewing to stave off relegation.

The bottom five clubs are all in very real danger of being automatically relegated‚ while for basement boys Maritzburg United‚ their fate is in their own hands as they seek to complete a remarkable bid for survival.

SowetanLIVE delves into the situation at the foot of the table and looks through the various permutations.

Final fixture: vs Baroka FC (away)

What they need to do: If Maritzburg beat fifth-bottom Baroka then they will at least avoid automatic relegation‚ leap-frogging their opponents in the table.

It would also take each of Chippa United‚ Free State Stars and Black Leopards to win in order for them to finish in the promotion play-off position. Unlikely.

A draw might be enough to lift them off the bottom of the table as well as their goal-difference is better than Leopards (-17) and Free State Stars (-15)‚ who would need to get something from their final games to avoid being overtaken.

A defeat for Maritzburg and they will be automatically relegated for the first time since the 2006/07 season.

If they do win it will be a fourth victory in their last six games‚ a surge that will surely take them to absolute safety.

What they need to do: Leopards have been on a worrying slide for some time now with five defeats and two draws in their last seven matches – which includes home losses to‚ crucially‚ Maritzburg and Sundowns.

Victory over poor travellers Cape Town City should see them safe unless other results really go against them‚ while a draw might be enough as well.

Counting against Lidoda Duvha is that they have the worst goal-difference of all the struggling sides‚ and if they are to suffer a narrow loss‚ they must home Free State Stars get a spanking at home to title-chasing Mamelodi Sundowns‚ in which even a defeat could see them move above Ea Lla Koto.

What they need to do: Stars have won only three of their last 19 league games‚ and oddly enough only one of those was at home as they prepare to welcome title-chasing Sundowns to Goble Park.

They will be safe in a narrow defeat‚ as long as Maritzburg and Leopards don’t also pick up points‚ but the likelihood is that they will need something from the game.

They essentially must better the result of the bottom two to be able to breath easily‚ but will also know that a victory will keep them safe too.

Only Polokwane City (21) have conceded more goals at home than Stars (20) this season‚ not a good statistic when Sundowns are the visitiors.

What they need to do: Victory over wilting Kaizer Chiefs will see Chippa safe given their superior goal-difference to the two teams level on points them‚ while a draw would also be enough to avoid bottom place‚ even if Maritzburg‚ Leopards and Stars all win‚ as they would move above Baroka FC.

But in that scenario the team would be left in the relegation play-off position.

A loss might still be OK as long as Maritzburg get nothing at Baroka‚ and one of Leopards and Stars lose as well. Victory over Chiefs‚ who beat them 4-2 in the Nedbank Cup semi-finals in Port Elizabeth last month‚ will see the Chilli Boyz safe.

Chippa had lost four games in a row before their surprise 3-1 victory at Polokwane City last time out. The club have won only three home games all season though‚ the second worst record of any top-flight team.

What they need to do: Baroka know that a point against Maritzburg will be enough to avoid automatic relegation‚ and only a freak set of results for teams behind them would see the Limpopo club drop into the relegation positions.

Baroka have only two wins‚ and 13 goals‚ at home all season‚ the worst record of any top-flight side‚ and it has been their form in Polokwane that has led to their place among the relegation candidates.

That does not bode well for the visit of a desperate Maritzburg‚ who have won both of their two previous visits to Polokwane to meet Baroka.

So while their position looks good‚ recent history‚ and the numbers‚ are against Baroka.

Their decent goal-difference means the only the way the club will be automatically relegated is if they lose to Maritzburg‚ Chippa get at least a point against Chiefs‚ and there are wins for Leopards and Stars.