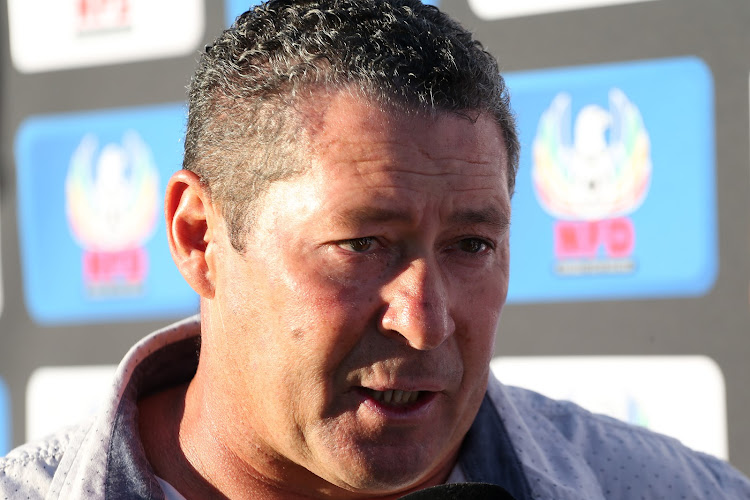 Stellenbosch FC do not foresee wholesale changes to their first team for next season in the Premier Soccer League (PSL)‚ although the prospect of having to build a reserve side for the MultiChoice Diski Challenge means there will be a lot of new faces around the club.

The club won promotion at the weekend to the top-flight of PSL by winning the National First Division (NFD) by three points and after a night of celebration in Stellenbosch’s Dorp Street‚ it was back to work for delighted coach Steve Barker on Monday.

“I thought I’d party harder than I did last night but I hit a brick wall and went off early to sleep‚” he says of the celebrations at a Stellenbosch restaurant for the entire squad and their partners after Sunday’s goalless draw with Maccabi FC marked the end of the season and made sure of their success.

“We’ve had some preliminary plans on the table for several weeks now – one for if we won the NFD‚ one for the playoffs and one if we didn’t get anywhere.

“Two of them are off the table now!

“We are looking now at the squad‚ the players for next season plus trying to build an MDC squad. We hear there will be some 30 MDC games next year so we need to build that up.”

For the first team‚ Barker said the key will be adding some players with PSL experience‚ but that he is not expecting too many.

“We’ll be keeping most of our current squad‚ if not all‚ and then we need to get in-between nine and 12 players‚ of which there will be key players for the first team and youngsters for the squad and MDC side.”

Stellenbosch’s players are going off on holiday for the next six weeks before returning for the preseason on June 24.

Barker has already got Bidvest Wits‚ Orlando Pirates and SuperSport United lined up for friendlies in the winelands in July and so will get a quick idea of just how his side are likely to do in their maiden top-flight campaign.