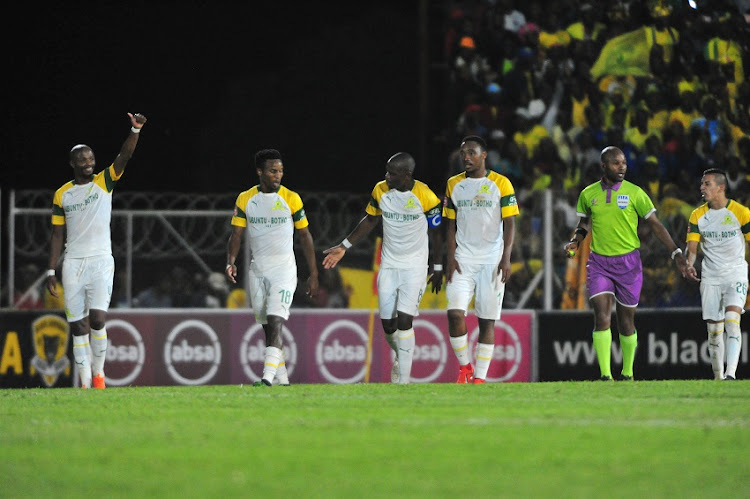 The Mamelodi Sundowns legal team is preparing to fight the Premier Soccer League's (PSL) appeal of the ruling by its Disciplinary Committee regarding the Pretoria club's fielding of ineligible player Wayne Arendse in a game against BidVest Wits last year.

Arendse's name was not on the team sheet that was handed to officials on the day of the game seven months ago and joined the team straight from the stands after Thapelo Morena's injury.

The DC issued a R250 000 fine to Sundowns and R50 000 to Arendse last week but the PSL now says the decision was incorrect and have appealed to the South African Football Association in a bid to overturn the sanction.

Sundowns general manager Yogesh Singh said that they were not surprised when they were notified of the PSL's intention to appeal and their legal team is ready to fight the appeal.

“We received the notice of the appeal (on Tuesday)‚" he said.

"If you ask me what are our prospects of success‚ I think our case is strong and we are going to fight this by putting a strong case in the hearing.

“We will have to take it as it comes but our legal team is ready and they have been informed.

"We will fight to protect our rights because we believe that the judgment delivered by the DRC was a well written one and we will defend it.

The PSL wants Wits to be awarded a 3-0 win to substitute the monetary fine that was imposed by the DC. The league also wants Arendse to be suspended for two matches‚ which means he could miss the final game of the season against Free State Stars on Saturday.

Singh said given that the season comes to a close on Saturday‚ the long-running saga must be treated with urgency.

“We will need to file our papers and wait for the outcome but everything has to be treated as urgent because the last game is on Saturday‚" he said.

"Comments have been made in the media regarding this issue and it didn’t have to drag until the last days of the league.

"The incident happened in October last year and we were only served with papers in January.

“There was a huge delay and I know that there has been finger pointing with the league saying that we applied for postponements.

"But the league has only set the matter down on match days or on days when we were out of the country and they claimed that they did not know about our schedule.

"Those postponements were not brought by us but by our schedule and they should not have set down matters on those days in the first place.

"It is an unfortunate situation‚ all of us want to protect the integrity of this league.

"Going into the last few days of the season‚ fans want to know that when the final whistle goes who has won the league‚ who is in the top eight and who has been relegated with certainty.

"It is unfortunate that it has dragged on until the last days of the league.”