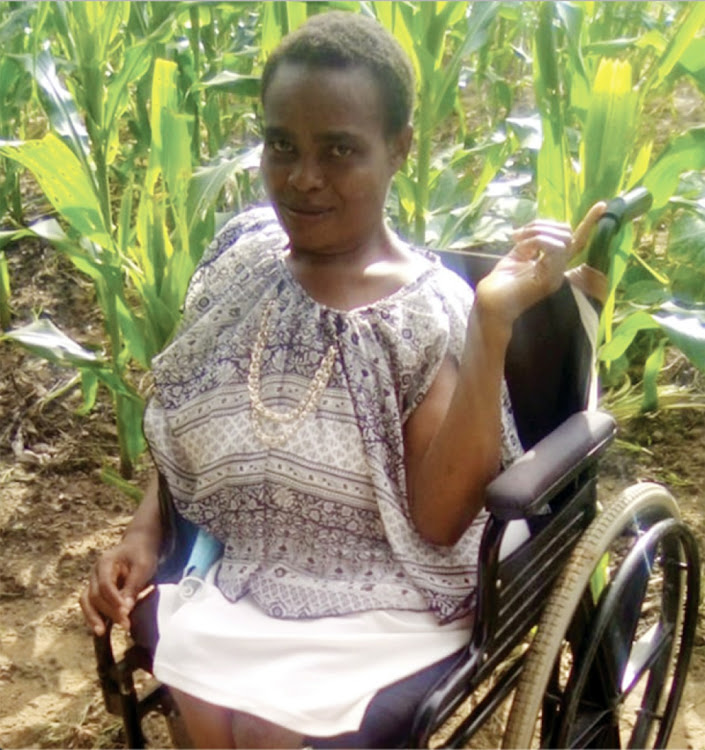 Wheelchair-bound Lydia Nemafhohoni is on a mission to fight poverty and create jobs for people living with disabilities in Venda.

Nemafhohoni, 45, champions farming despite her disability.

She is the chairperson of a community farming project called Konanani Disabled People Primary Agricultural Co-operative based in the Pile village.

She was not born with a disability, but during her childhood she was diagnosed with polio, which left her wheelchair-bound. Konanani is a successful agriculture project formed in 2004. It produces broiler chickens, seasonal vegetables and fruit. It also has a small grocery shop.

“When I started this project, I wanted to show that people who are living with disabilities can do something great; that we can create jobs and that we can be independent and not depend on grants and handouts,” says Nemafhohoni.

She explains that the project was initially financed through a joint effort by herself and other people living with disabilities. They saved R5,000 and then opened a business account. “We bought seeds, equipment and such. At present, the money we make from sales sustains the business and the store.”

The project has 10 permanent employees, 11 temporary employees and 11 seasonal workers.

The Limpopo department of agriculture and rural development says that people living with disabilities should not be overlooked.

The department supports people with disabilities, youth and women in agriculture, with extension services, mechanisation and production input.

Nemafhohoni says that the government has been helping small-scale farmers in her province. “Government, through its various programmes, has to date provided us with R289,000 in funding, chicken feed and fruit and vegetable seeds.”

She is also part of the People Living with Disability in Agriculture and Rural Development initiative in Vhembe, which provides support and training for members.

“With such support, I can see Konanani growing to be as big as some of our national retailers. We aim to employ more people in the future, and we also would like to create a unique brand for packaging,” she says.

For more information on the People Living with Disability in Agriculture and Rural Development initiative, call 015-294-3000.

Patrick Selepe made history at the 2021 Tokyo Paralympics by becoming the first person with a disability to serve as an official at the Paralympic ...
SebenzaLIVE
6 months ago

After a successful career as a swimmer, Sibusiso Mogale (30) has ventured into farming and urges people living with disabilities to follow their ...
SebenzaLIVE
11 months ago

An entrepreneur from Willowvale, in the Eastern Cape, did not let his disability stand in the way of becoming an entrepreneur.
SebenzaLIVE
1 year ago

Being aware of his physical limits and understanding his disability has motivated Lucky Shabalala (26) to become an entrepreneur who also creates ...
SebenzaLIVE
1 year ago

WATCH |This gardener lost his sight, his job, and his home – but not the will to flourish

Vuyo Tsika’s work as a taxi driver and mechanic was dependent on his sight.
SebenzaLIVE
2 years ago
Next Article