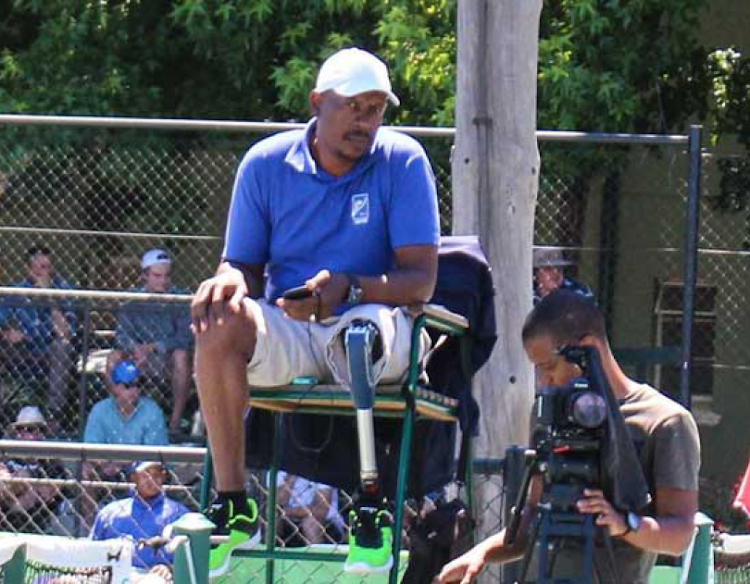 Patrick Selepe made history at the 2021 Tokyo Paralympics by becoming the first person with a disability to serve as an official at the Paralympic wheelchair tennis event.

Selepe’s journey started after being diagnosed with bone cancer at 19, when he had to have his leg amputated above the knee.

“After getting out of hospital, it was a new journey for me. I didn’t have much knowledge about living with a disability, but I knew that locking myself away was not the solution,” says Selepe.

He saw a TV programme about Fanie Lombaard, a South African Paralympic gold medallist and record holder in discus, shotput and javelin.

“I immediately took an interest, enquired about Paralympic sports at the provincial sports department and was sent to a club where I started participating in wheelchair basketball and athletics.”

He excelled at athletics and went on to break the South African record for high jump (1.52m).

“This generated a lot of media interest and I started to grow in the world of sport.”

In 2003, Selepe was approached to establish Wheelchair Tennis South Africa. He developed from player to coach, administrator, development officer and mentor and, eventually, world-class official.

Selepe excelled as a player, reaching a world ranking of 60 (singles) and 75 (doubles).

“I never travelled out of my country until I travelled for sport… I’d never even taken a local flight – my first flight was to Holland,” he says.

His Tokyo 2021 Paralympic journey is a dream come true.

“I have never made it to this level before,” says Selepe. He acknowledges the support he received from his wife and sons.

Studying to become a chef has enabled Nonjabulo Nzuza (35) to explore a variety of business opportunities.
SebenzaLIVE
2 months ago

Isabella Kobela and her daughter Meiki Ngcengeni are taking the jewellery industry by storm.
SebenzaLIVE
3 months ago