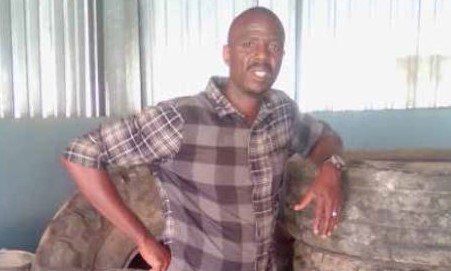 An entrepreneur from Willowvale, in the Eastern Cape, did not let his disability stand in the way of becoming an entrepreneur.

Xolile Maposa says a single spark plug is R2 but the cost of travelling to the nearest town where these are sold is R70.

“People would travel to Dutywa, 60 kilometres away, just to buy something that costs as little as R2. The problem was that if they did not spend that amount, they would end up spending a lot more on the damage caused by not changing a spark plug.”

The owner of Willowvale Motor Spares and Fitment Centre, who has had a disability in his left leg from being injured in a soccer game at the age of 13, says the business has also benefitted the local taxi industry. Local taxis lost money travelling to Dutywa for a tyre change or to buy spare parts.

“The taxis that operate in the Willowvale villages would lose over an hour or more, in travel time, when they needed parts. Now the driver can buy and install a part while he waits for his taxi to load,” says Maposa.

Maposa attributes his success to assistance he received from the Small Enterprise Finance Agency's (Sefa) funding scheme. The Amavulandlela Funding Scheme was solely created to fund businesses started by entrepreneurs with disabilities.

The scheme is targeted at small, medium and micro (SMMEs) and co-operatives that have at least 51% ownership by entrepreneurs with disabilities. In addition to this, Sefa requires that:

The scheme funded the Willowvale Motor Spares and Fitment Centre to the tune of R139 000, which allowed Maposa to expand his stock offering with a tyre fitment business. The entrepreneur has two employees to assist with the business.

The scheme offers entrepreneurs with disabilities a credit facility of between R50 000 and R5 million, at a fixed interest rate of seven percent. Beneficiaries of the scheme have a period of up to five years to pay back Sefa.

To apply for the Amavulandlela Funding Scheme the followingneeds to be done:

When the Covid-19 pandemic forced Tinyiko Mabunda to go home when universities were closed, she did not anticipate the unfortunate circumstance to ...
SebenzaLIVE
1 year ago