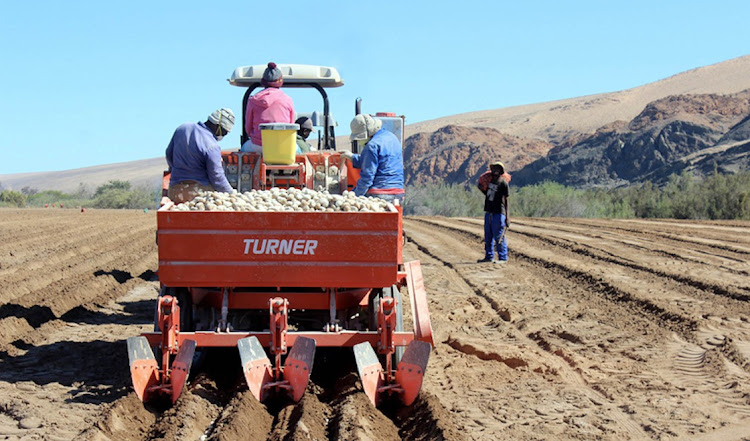 The Richtersveld Community Property Association (CPA) in Alexander Bay in the Northern Cape is reaping the benefits of government’s land reform programme.

The  Richtersveld CPA owns 195,150 hectares of land. The land was handed over to the residents by the department of agriculture, land reform and rural development, as part of the land reform programme, in 2007.

"We as the Richtersveld CPA are selling our produce and crops to markets in Cape Town and Upington through an offtake agreement with an agriculture products marketing company. We also share the extra harvest among members of the CPA,” says Richtersveld CPA spokesperson Abraham Cloete.

The department of agriculture, environmental affairs, rural development and land reform in the Northern Cape has donated a potato planter, two potato harvesters and two potato trailers valued at R3.2m to the project.

In addition to this support, the department will donate a maize harvester, a drying facility for raisins and a centre pivot, which are valued at R3.5m.

“The provision of the implements by the department has assisted us to harvest and plant more hectares of potato seeds that have been sold to commercial farmers,” says Cloete.

He adds that the CPA has also created 60 job opportunities for community members.

“We have invested a lot of money into the project with the hope of seeing the livelihood of the people of Richtersveld and surrounding areas being restored and impacted positively,” she said.

The child of a wine farm labourer, Paul Siguqa, has rewritten his story by becoming the owner of Klein Goederust Boutique Winery and Restaurant in ...
SebenzaLIVE
2 months ago

Economic opportunities in the cannabis sector are opening up as government entities work together to research and exploit business possibilities in ...
SebenzaLIVE
3 months ago

Former businesswoman Nowinile Majola (53) has become a successful small-scale farmer in Mhlanga village in the Eastern Cape.
SebenzaLIVE
6 months ago

Refilwe Manuel (26) grew up in a family of farmers. She was inspired to start farming at age 13 when her parents bought her broiler chickens.
SebenzaLIVE
6 months ago
Next Article