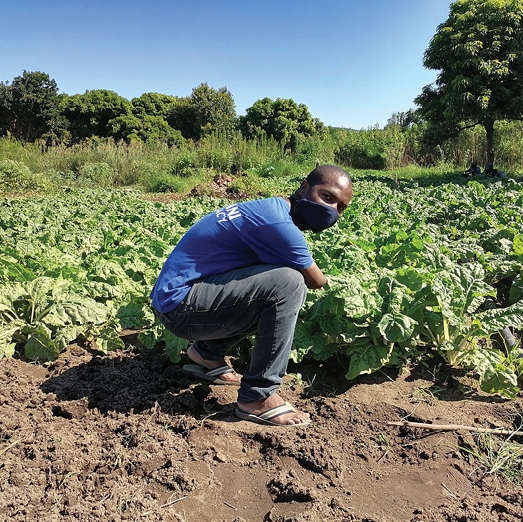 Sibusiso Mogale is following his dream of farming.
Image: Supplied.

After a successful career as a swimmer, Sibusiso Mogale (30) has ventured into farming and urges people living with disabilities to follow their dreams just like he has.

Mogale, from Mbombela in Mpumalanga, was born without hands. Despite this, he is active on three pieces of land where he does poultry and crop farming. Mogale is directly involved in the daily work together with his wife, uncle and brother-in-law.

“I produce vegetables, chickens and eggs. I officially started last year, but the idea and planning started in 2018. My dream was inspired by a love of agriculture and motivated by my late grandmother, who I learnt farming from,” he says.

The father of one says despite his condition, as a child he always wanted to do what other people would not let him do. The more people said he could not do something, the more he would pursue it.

When Mogale returned to settle at home after representing South Africa at world swimming competitions, he realised there were many opportunities in farming.

“If you really want to get into farming then go for it. Your disability should not be a determining factor. You should never limit yourself based on your circumstances or disability,” he says.

Mogale appreciates the assistance he received from the Department of Agriculture, Land Reform and Rural Development (DALRRD).

“The department has done a great job in assisting me. Government does help and I have experienced this first hand.

“I am also supported by Mopani Pharmacy in Mbombela, which supports me not only because I have a disability, but because it loves my drive and motivation,” he says.

Through farming, Mogale has learnt patience and understanding. In addition to being patient, those aspiring to farm must have a hunger for knowledge and be creative, he says.

Mogale aims to become a commercial farmer, with his products distributed throughout the country.

A father and son, who founded a 100% black-owned dairy business, want to give opportunities to small and emerging farmers in the milk production ...
SebenzaLIVE
1 year ago