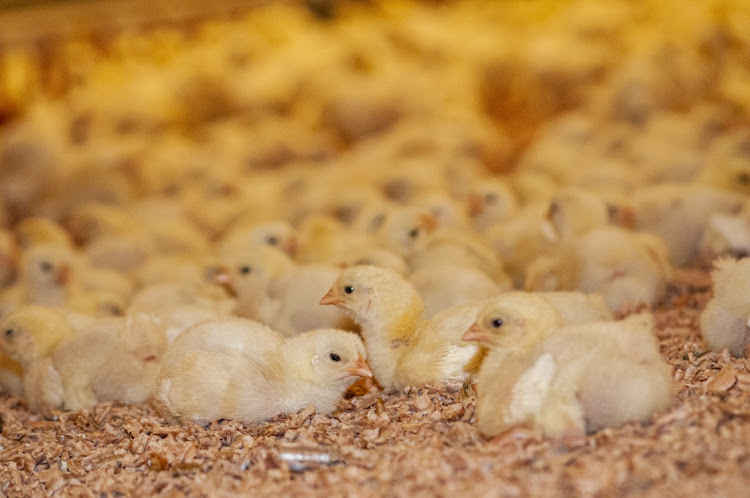 young chicks at a barn in a poultry farm. Stock photo.
Image: 123RF

Young people looking to start a business should consider poultry farming. The industry is a growing one, with many opportunities and there is also much support from government.

Senior researcher at the department of agriculture, land reform and rural development Dr Nkhane Baldwin Nengovhela says the poultry industry is one of the most advanced sectors in farming worldwide.

“I think all young people should consider it for farming. If you think of something called biotechnology, you can’t think of anything other than a day-old chick that is raised for meat, or a layer that is raised to lay an egg,” he says.

Nengovhela was speaking during a virtual Poultry Masterclass Webinar series that was hosted by government, in partnership with the South African Poultry Farmer’s and Supplier’s Association.

The masterclass is part of a series that Government Communication and Information System is hosting to promote entrepreneurship as a contributor to economic growth.

Emerging poultry farmer Mbali Nketsi, of Zuurbekom in western Johannesburg, shared her experience of working in the sector.

When Beverly Mhlabane took a trip to the shop to buy eggs, little did she know by the time she returned home an idea would be hatched for her own ...
SebenzaLIVE
1 month ago

She is the founder of Hen Home. The farm currently has 438 chickens producing eggs, which are sold to local coffee shops, while residents also buy eggs directly from Nketsi.

Her journey into poultry farming started in 2020 during lockdown, when she found herself spending time on social media watching videos and stories shared by small-scale poultry farmers.

She came across a video in which Irene Farms and Poultry owner Nana Nene shared her expertise.

Nketsi reached out to Nene and pitched her idea of starting poultry farming and then received training from Nene.

After completing the training, Nketsi and her mother invested money to get a coop which cost about R15,000.

“We decided to start with 500 layers because I wanted a minimum of 10 trays [of eggs] to start per day because we didn’t know how the market was going to react.”

They started the business in their backyard, but neighbours started complaining about the noise and smell of the chickens. The pair then rented a plot, where they started with chickens laying eggs at 18 weeks.

After their initial success, Nketsi has big dreams for the future.

- This story first appeared in GCIS-Vukuzenzele

A young sheep farmer is looking to become a producer of the highest grade Dohne Merino sheep in the Eastern Cape.
SebenzaLIVE
1 month ago

A KwaZulu-Natal woman farmer is pleased that the government is supporting emerging female farmers, especially those who come from previously ...
SebenzaLIVE
2 months ago

Five enterprising youngsters in Ga-Rantho in Limpopo have established a broiler chicken farming venture to alleviate poverty and fight youth ...
SebenzaLIVE
3 months ago
Next Article