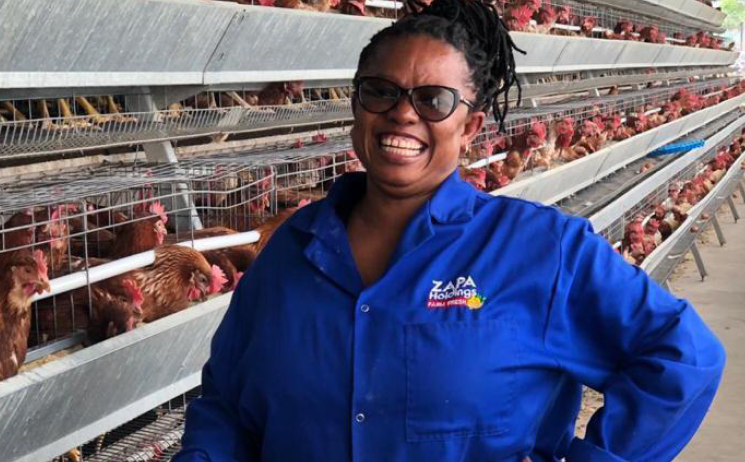 When Beverly Mhlabane took a trip to the shop to buy eggs, little did she know by the time she returned home an idea would be hatched for her own successful business.

“One day I went to the shop to buy eggs and found the eggs to be very expensive so I decided to buy 10 egg-laying chickens so we could get eggs for the house,” she says.

A chicken lays an egg every 26 hours, which meant that Mhlabane would get an average of eight or nine eggs a day.

Two months later, she started selling the eggs to neighbours. This led to her converting her home garage into a chicken battery house. At the time she also had a backyard vegetable garden.

Mhlabane, a former engineer, always had plans to leave the corporate world to start her own property business. In 2014, a while after acquiring her chickens, she bought two hectares of land in Benoni, Gauteng, with the intention to build apartments.

However, she couldn’t go through with her plan because the land was demarcated for agricultural use. She decided to expand her small farming enterprise instead. 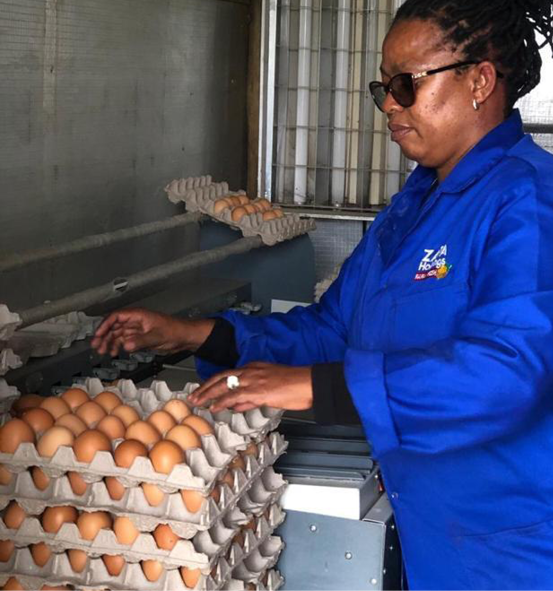 A lack of infrastructure such as fencing, water tanks and electricity meant she only started using the land in 2016.

The 49-year-old remembers how she used search engine Google to conduct research on farming.

Her baby steps paid off and today, she is the proud owner of Zapa Farm, a successful commercial agricultural enterprise.

She progressed from using her two hectares of land to increase her egg production and grow spinach, kale, green pepper and tomatoes, which she sold locally, to eventually installing two vegetable tunnels, cultivating 1.5 hectares and building 5 000- and 2 000-capacity layer houses.

“However, we have a shortage as our demand exceeds our capacity and, as a result, we source eggs from other local producers. We have an approved environmental impact assessment for 120 000 layers and therefore need capital for the expansion,” she says.

Mhlabane had help in becoming a successful farmer. She is one of the many emerging farmers benefitting from the Poultry Master Plan, which was developed by government and industry stakeholders, including poultry producers, farmers, processors, exporters, importers and organised labour.

Signed in 2019, the plan aims to grow jobs in the industry through a number of measures that will be introduced over the next few years.

It was as a result of the plan that the South African Poultry Association (SAPA) paid for Mhlabane’s water use licence and provided her with egg production training.

“The industry has invested R870 million to create markets for 50 black contract growers and to facilitate exports to create local jobs. The industry has also done and paid for business studies for 19 black farmers who are in a programme with the Department of Agriculture, Land Reform and Rural Development,” he says.

Forty independent black farmers are also being given poultry-related advice and training.

“The industry also has a database of 670 small, medium and micro enterprise farmers who we assist with relevant information,” he says.

In addition, SAPA has made a book available to teach farmers about poultry production and developing their own business plans.

Chicken producers have committed to R1.5 billion in fresh investment in their own production facilities within the next four years, which should create an additional 4 000 jobs.

The industry will also invest R1.7 billion into the establishment of 50 commercial-scale contract farmers. This investment will be supported by the industry and various government agencies.

When the hard lockdown forced Ntombi Mahlangu to work from home, boredom kicked in and she decided to rekindle her love for farming at her hometown ...
SebenzaLIVE
3 months ago

Khethukuthula Teddy Nzama didn’t expect the warm reception he got when he arrived home from London after being crowned the 2019 EMEA Starbucks ...
SebenzaLIVE
3 months ago
Next Article