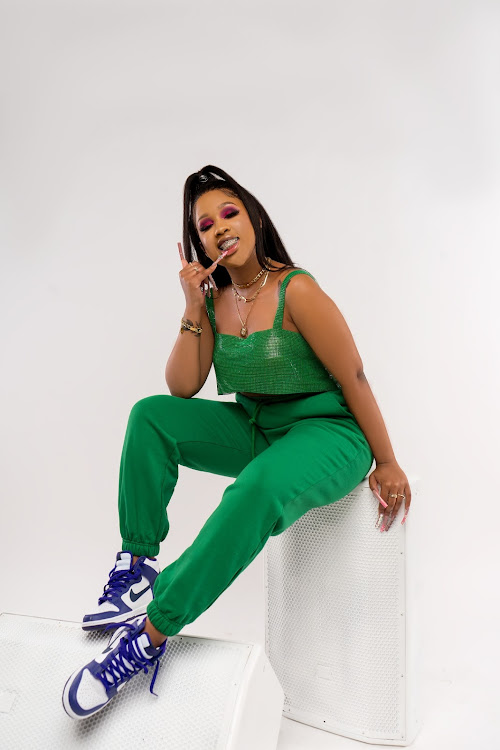 Pabi Cooper talks music career and the importance to still pursue a life as a soccer referee.
Image: SUPPLIED

Just over a year ago, singer and dancer Pabi Cooper was the typical girl next door whose dreams were to become SA’s youngest soccer referee.

The rising star's passion for football was first sparked by her grandmother who taught her the ins and outs of soccer through their little television at home as a child. While soccer was what she and her grandmother used to bond over, little did Cooper know that later in her life she’d want to pursue it professionally by becoming a referee.

As she followed her passion and attained a certificate of being a qualified referee, her dreams came to a halt due to the pandemic, a hard knock that left Cooper scratching the surface of some of her talents that have solidified her in becoming the star she is today.

“Fame for me wasn’t the plan. I mean, I only released my first song Isphithiphithi in August last year, so being known like this feels unreal but I am grateful. I’m from Soshanguve, north of Pretoria. It’s a known fact that people where I come from don’t usually make it in life – it’s either you fall pregnant quite young or become a junkie.

“I remember being told that I wouldn’t amount to anything because of how I used to conduct myself when I was 15. I'd often go out with my friend, not focusing enough on my school books... actually at that time, I thought I knew everything. I thought I was cool. Luckily I had a turning point in my life when I found my love for soccer two years later by being a goalkeeper.”

In high school, Cooper was a part of the choir and although she had a great singing voice, she would ditch choir practice for soccer referee lessons, that’s how she knew her love for the sport wasn’t just a phase.

“I come from a family of soccer fans, so that to me was more exciting than singing.

"My grandmother supports Kaizer Chiefs and I support Orlando Pirates. We used to watch soccer on Saturdays and she would teach me what an offsite meant and the rules of the game. Soccer has been my outlet since I was young,” says the 21-year-old. 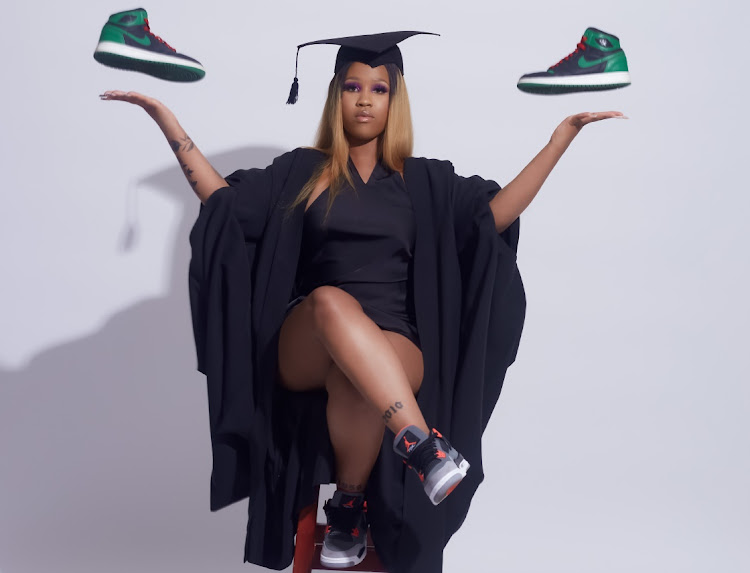 “But now that I am in the music industry, I am working on ways of how to incorporate me being a professional referee into my music. I mean, I sometimes dress like a referee when I perform and in my music videos.”

Born Paballo Mothapo, Cooper started out as a dancer who performed at small scale concerts. Despite being noted as an entertaining dancer, the multi-talented musician believed there was more to her as a performer than just dancing. That’s when she shunned her imposter syndrome and embarked on a singing career that saw her collaborate with amapiano stars such as Focalistic and Ch’cco.

“Things started panning out for me last year when I first released my song Isphithiphithi… that’s when I became big. I performed on Idols SA and started touring the country. How I grew as an artist blew my mind… I couldn’t believe it.

“A lot of artists such as the late Mpura and Killa Kau were so excited to see my growth. They would validate my craft every time they saw me.”

Being well on her way to superstardom, Cooper plans to have a clean brand that showcases nothing but her talents. Much like the rules on the soccer pitch, she hopes to abide by the guidelines that will avoid her being a “one hit wonder” by putting in the work and focusing more on being a legitimate artist that’s not driven by fame but by her craft.

Cooper has been hard at work since her big break. She owns her own label Cooper Entertainment and recently released her hit song Banyana Ke Bafana which features fellow amapiano mainstays Focalistic, Ch’cco, Luudadeejay and Nobantu Vilakazi.

The single has been her biggest one to date with over half a million streams on Spotify and more than 400 views on YouTube. She won the best newcomer at the Amapiano awards in December last year.

"I discovered amapiano at a time I think became crucial for my career. My love for amapiano runs deep. What I love the most about it is that my voice suits the beats and the melodies. It's such an authentic sound. As an amapiano singer, I feel like I belong to a community that's on a global stage.

"Yes, my music career might be peaking to an upper level but one thing I will make sure of regarding my career is to be involved in African football as a match official – my passion for soccer won't be clouded by my music career."