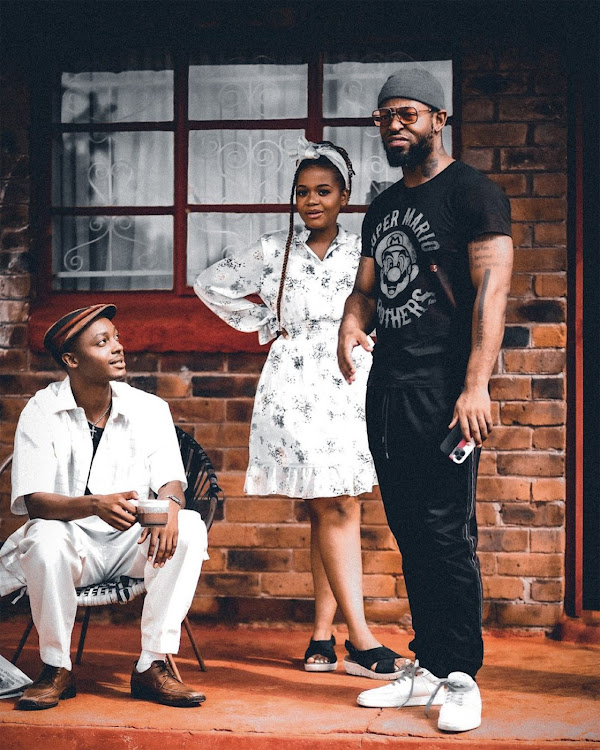 Ben September and Mandlin Beams are the freshest voices to enter the local music sphere.

Their velvet, soothing yet mellow, melodic voices are featured in music maestro Prince Kaybee’s Breakfast In Soweto, a jam that undoubtedly encapsulates the infamous township.

Firstly, who are you and where are you from?

Ben: I am a 24-year-old singer-songwriter from Free State's Sasolburg. I’m a lover of life and mainly music. My love for music started off as a hobby but it then grew into a passion. I began being serious about my songwriting skills and singing which led to what I am today.

Mandlin: I am a 20-year-old RnB/soul singer from Waterfall, Johannesburg. I come from a family of singers, so I was highly influenced by them when it comes to singing.

How did you get to collaborate with such a giant as Prince Kaybee?

Ben: I put up videos on Instagram either singing or rapping and somehow Prince Kaybee spotted them and he reached out to me asking whether I’d be keen to do a feature with him. Of course I said yes, and then he asked whether I knew of any female vocalist and then I reached out to Mandy to hop onto the song.

Mandlin: The song (Breakfast In Soweto) for me was a new genre because I listen to a lot of hip-hop, so this soulful dance house jam was not easy for me to do but I am glad we nailed it.

How was the chemistry in the studio when all three of you linked up?

Mandlin: At first I was nervous because it was Prince Kaybee but he gave us a lot of space and allowed us to record on our own. I appreciated his mindfulness and his patience when it came to recording the song.

Ben: We wrote the lyrics to the song ourselves and the reception is quite amazing.

How would you describe your teething moments in the industry?

Ben: I started making music in 2019, I would share them on my social media platforms. All the amapiano guys have been giving me so much props in terms of my sound even though I don’t feel like I have fully stepped into the music scene. I think there’s still so much to do.

Mandlin: I have been honing my sound for quite a while now and have collaborated with a few well-known producers in SA. Because there isn’t a lot of people doing RnB, it’s really cool to know that I can be up there with your Shekhinah and Elaine. In terms of long-term goals, I hope to one day become a global artist.

LISTEN | This song can enhance the taste of red wine, say scientists

SPONSORED | Kelsey Shungking, a Nedbank Cape Winemakers Guild protégé, fill us in on how this piece of music that pairs perfectly with cabernet ...
S Mag
2 months ago
Next Article