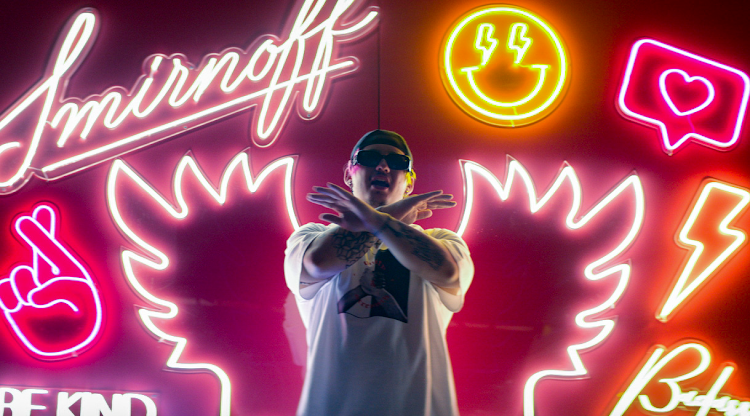 Costa Titch, real name Constantinos Tsobanoglou, entered the entertainment industry as a dancer but soon morphed into the talented rapper and musician he is today.

The 27-year-old rapper from Nelspruit, Mpumalanga, first took up dancing as a hobby. Little did he know it would garner him such success in the entertainment industry.

From being a backup dancer for artists like Cassper Nyovest to now touring Europe and securing partnerships with brands such as Smirnoff, Costa speaks to Sowetan on how all of this came about.

How did you come up with your name Costa Titch?

My original name is Constantinos, but I’ve been called Costa since I was a baby. I took the “Titch” from my dad who used to be called that during his football-playing years. Unfortunately, he passed away when I was 13 years old. My mum would tell me about him, so when I started becoming a choreographer, I felt that Costa Titch was a better fit for my brand.

You became a dancer before you were a musician, was that always the plan?

Dancing has been a part of my life since I was 12. I had no idea I’d get into music. I used to have these visions of what I’d look like when I’m older. I guess over time that started shaping my intentions of being in the music industry.

Being a musician actually started when I wanted to get one of my choreography videos on Channel O. I thought to myself, how can I get myself on TV? And I realised the only way for that to happen was if I owned the music that I was dancing to – that’s when the idea to jump into studio and make my own music came about.

How do you feel about people claiming that you sound like Focalistic?

I don’t know why people would compare us because we don’t even sound the same. I guess it’s a natural thing for people to compare artists who seem to take off at the same time… the same thing happened to Nasty C and A-Reece.

What’s beautiful is that Focalistic and I have a wonderful relationship with one another that we didn’t feed into those things and allowed people to come and make it become something that it’s not. Sometimes the public tend to create a certain narrative and if artists feed into it, the people have control over them or their careers.

You’ve got swag that appeals and relates to the black community. How did you get to learn about the black culture?

I would credit my understanding of the black culture from the friendships I had growing up. My mum was very supportive of me having any friend I wanted despite the race. She would also allow me to express myself freely. I think through dancing, that’s how I formed most of my friendships.

Being a born-free and being exposed to all the different cultures growing up has allowed me to be truly South African.

How do you deal with the demands of being a public figure and how do you keep a healthy mindset?

It’s important to have the right people around you. Anyone that meets my team can feel the good energy. We really like to keep our space really clean and drama-free.

I also take breaks off social media. I’d often allow my team to step in and take over my social media. What people forget is that artists are human beings too, so it’s very important to always allow your mental health to be in a good space.

He knew from the age of 13 music was his calling.
S Mag
2 weeks ago

Muso out to help artists battling their demons to find peace.
S Mag
3 weeks ago