Maphosa is the face of 'Be You. Period' campaign by Lil-Lets 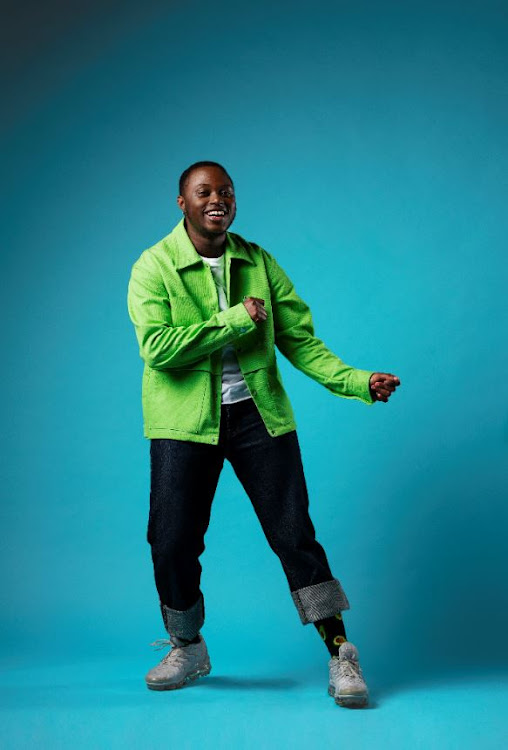 The “Be You. Period” campaign by Lil-Lets launched last week and it's the first on the local market to feature a trans man.

The 27-year-old told Sowetan yesterday that he remained unshaken despite the backlash received on social media for his inclusion in the campaign. “We are getting recognised as trans people and treated as human beings now,” Maphosa said.

“When we talk about these things people start questioning our manhood. Are you man enough to be talking about periods? But it is part of our reality. I talk about it openly and freely, but many trans people will rather not talk about it because we want to fit into society and not be reminded of that pre-transition of my life.”

Maphosa was born in SA and grew up in Zimbabwe. His transition journey started in November 2018.

“I want people to realise all kinds of people go through periods and they should include trans men, intersex and non-binary people in these conversations,” Maphosa said.

“We have a whole community of trans men who need help when it comes to their periods because there is no space for us to vent out our issues to say I’m going through this and I don’t understand what it is happening with my body.

“I have seen my period five times in my life. It will maybe come once in a year or once in a few months. When I started taking testosterone, everything stopped.

As parents, our roles change over time. When our daughters are young, our job is to protect them physically and emotionally but as they get older, we ...
Opinion
2 months ago

“When my friend started getting periods, I had to lie to my family and say I have started periods, because at the time I was finding my sexuality and identity. At that young age, I thought, because I’m a lesbian maybe God is punishing me and that’s why I’m not getting my periods. So I had to do my research.”

Maphosa has also seen some positive response from the trans community since the launch. “Last week a trans man approached me that they have been on testosterone for two months and they still get their period,” Maphosa said.

“He thought he was doing something wrong and I told him our bodies differ. After four months or so your period will stop. But he should be patient about it. I offered support to him and he asked for me to help him navigate through his period phase, but still feel like a man.”

"Be You. Period" is a celebration of individuality and the empowerment that comes from better understanding your body,” said Keryn Brien, marketing manager of Lil-Lets

“We want to ensure all girls, women and people with periods have access to the products and information they need to be able to choose what works for them – without shame or stigma.”

Menstruation should not be a taboo topic for men

As a father to two girls, I have had my fair share of experiencing what comes with period blues – from being called to fetch my daughters when one of ...
Opinion
1 year ago

Candice Chirwa has made it her life's mission to make menstrual health management a global human right.
Good Life
10 months ago

Let's get together and support our sisters.
Opinion
3 months ago
Next Article