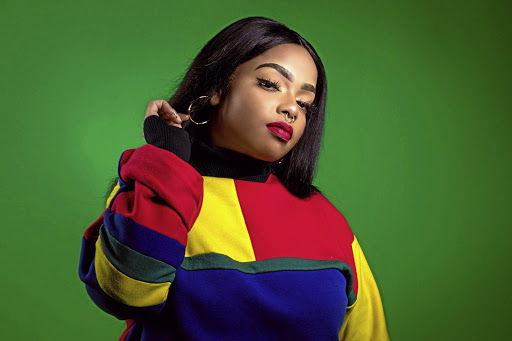 Huddle up music fanatics, we've got some good news for you! Shekhinah has finally dropped her long-awaited sophomore album, Trouble in Paradise, which is an ode to self-love and overcoming heartbreak.

Comprising of  12-tracks, the album tells a story of finding love and losing it. Each track drifts through different chapters, covering pain, loss, recovery and the acceptance of herself as the only source of love.

With a sound more experimental than Rose Gold, Trouble in Paradise crosses genres that even include dance music.

The sophomore album consists of a popular song Fixate which is an upbeat number about self-love, featuring Bey T. Other tracks people might grow to love is Tides and Pick Up featuring Una Rams which are slower and more sensual.

Shekhinah stayed true to her signature sound on I Love It Here which is a nostalgic song that sees her going down memory lane to precious memories.

Having taken a brief hiatus from the music industry in 2019, fans on social media, including Bonang Matheba, have expressed how ecstatic they are to have the singer bless them with a new album.

Can I just say Trouble in Paradise was worth the wait. Shekhinah really snapped on this album 👏🏾👏🏾👏🏾👏🏾😭😭😭 pic.twitter.com/aVw52bk1kW

No Songstress has this kind of quality and consistency. Shekhinah is and will always be an alien bf2. Wow I'm in awe of her talent pic.twitter.com/hDBcfnlp1o

What is Shekhinah doing to me & my homegirls ? pic.twitter.com/DDaHHz6eR4

Shekhinah is the best female vocalist we have in the country if not the whole of Africa, no cap!🔥🔥 #TroubleInParadise pic.twitter.com/orIoQd2dst

Kelly has a new man she's "just playing with" with among many other things fans will find interesting in season two of her reality show.
S Mag
1 year ago

Striking the perfect balance between luxurious and relaxed is what Nkuli’LL Lux collection seeks for every woman.
S Mag
1 year ago

Former Idols SA winner Yanga Sobetwa will be releasing her much anticipated single ‘Catch Me’ featuring Paxton.
S Mag
1 year ago
Next Article