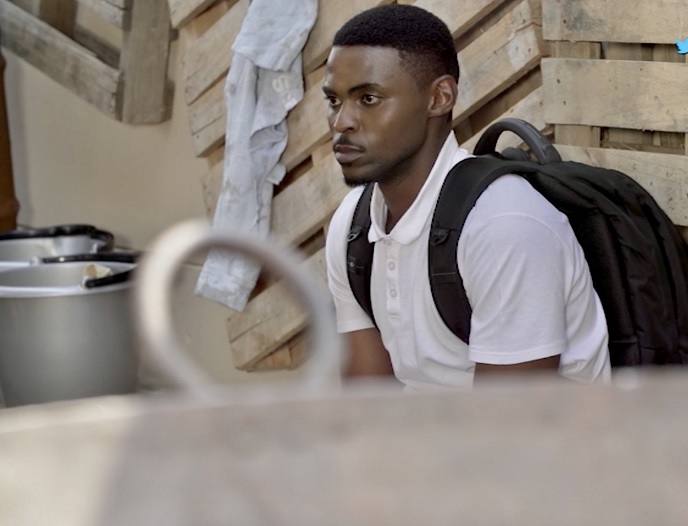 Xolani Mayekiso has left The Queen.
Image: The Queen Twitter

Actor Xolani Mayekiso has taken his last bow on the popular telenovela, The Queen, and has left nothing but raving reviews on the socials about his stellar exit performance.

Mayekiso was first introduced to viewers back in 2017 when he was cast as Thato Maake, a kasi guy with a drug problem who wanted to better his life by working at his aunt's restaurant.

In a scene many viewers didn't see coming, Mayekiso’s character dies following a tragic accident he got himself in after Tembisa’s police station colonel, Hector Sebata played by Rapulana Seiphemo, and his men tried shooting at him.

This was because Thato found out high classified drug-related information about Tembisa’s “well respected” colonel.

Having taken the role of Thato and made it his own for close to four years, Mayekiso took to his social media platforms and thanked viewers for embracing his much-loved character.

While many had great things to say about his stellar exit, fellow actor and colleague, Sthembiso "SK" Khoza described Mayekiso on his Instagram post as a "thespian to be reckoned with and respected" who had a bright future ahead of him.

Here are some of the reactions to Mayekiso's heartbreaking exit:

😭😭😭 it didn't have to end like this though 😭😭it hurts..real bad..as if it were real life
You gonn b missed pic.twitter.com/TE1pquPHiA

I Bow !!!!! Simply the best. Well done to the production and @XolaniMayekiso.... You outdid yourselves. #TheQueenMzansi

Oh what a painful exit,I hated Thando & Hector instantly for selfishness & evil,but then I remembered you guys are only acting😜😜..Farewell Bro & well done!!!

Maps said 'more buns for the nation!'
S Mag
1 year ago
Next Article