'I’m way more in the groove': Sisanda Henna on his second act 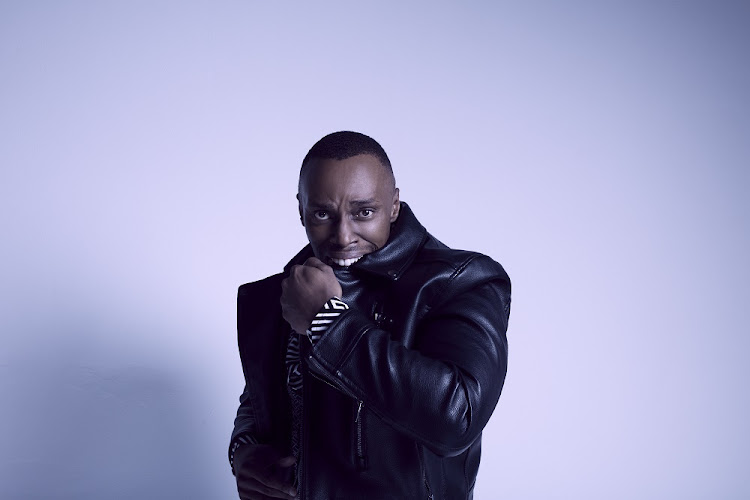 The time is 17:59 on a Tuesday evening and Sisanda Henna texts to say he is ready for me. Alas, it’s not as exciting as it sounds, for our “meeting” is only taking place via Zoom. Eyeroll. But we do what we can; he has his hands full with work and his sons — not to mention our common Covid-19 social-distancing anxieties.

I’ve spent the preceding days waiting, checking, and hoping to hear back from him regarding my interview request. Much to my relief, his timing is impeccable — just like the purple patch he is enjoying in his life. At 39, Henna has been in the film and television industry for the better part of 18 years. After navigating a very public divorce, battling depression and crippling self-doubt, and a lack of consistent work, he is the busiest — and happiest — he has been at any point in his adulthood.

“I absolutely think I’m way more in the groove than I have been for a long time. I’m forever grateful,” he says.

It comes just about three months after the culmination of season one of MNet’s Inconceivable, the drama series in which he plays the delectable Sisanda Nkosi, a married man who runs a construction company — when he is not running around with his wife’s bestie — and dreams of becoming a father. Clearly, both roles are quite different from one other, and from others he’s played in features such as Rogue, Griekwastad, Agent, and Trackers.

On top of all that acting, Henna recently began directing BET Africa’s Isono.

If it sounds as though he is feasting, that’s a privilege he has earned after enduring some years of deprivation. A time so trying that he started selling investments for an insurer to keep afloat.

“I was desperate,” he says of the period when his marriage to actress Bonnie Mbuli was crumbling (the pair married in December 2005 and had two children before divorcing in 2013) and screen jobs had grown worryingly scarce. “It brings me to tears because you live with this… you know there’s more to you than what you’ve put out and this idea of living at only a fraction of my potential was eating away at me. I knew this wasn’t the life I wanted.”

He continues: “The more you go on the internet, the more you see others living the life you desire. So you say to yourself, ‘It’s possible!’ Whether it is projects that you want, money, a love life, a certain physique and health, travel, and adventure. I was determined to find the answers [to how I could unlock true potential]. So I started looking.” 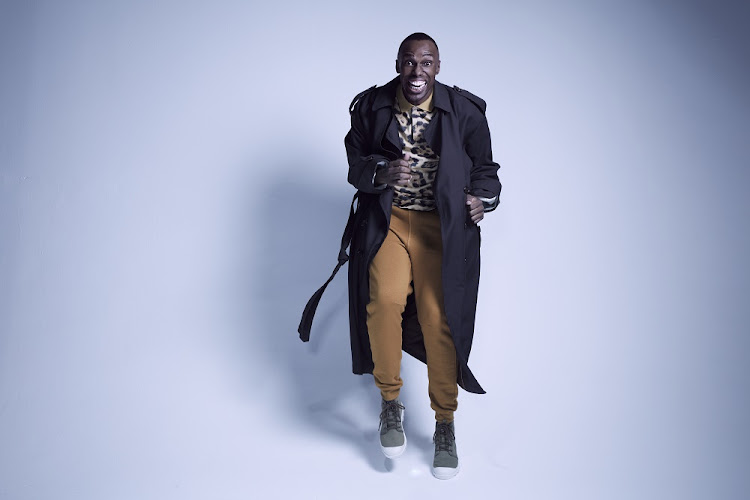 Sisanda Henna on rolling with the punches.
Image: Steve Tanchel

If wellness is made up of dimensions such as physical, financial, emotional, and spiritual, he admits that it was the latter that proved most difficult to restore. He became such a “radical born-again religious Christian” that he not only alienated friends but also struggled to recognise himself at some stage.

The story of Sisanda Henna’s life and career is about recalibration. It’s about learning to forgo ego and seeking guidance (he still sees a life coach, an acting coach, a personal trainer, a biokineticist, and is a voracious reader of books and podcasts from coaches including Tony Robbins, Robin Sharma, and Julia Cameron), in an effort to find — and consistently fall in love with — himself. It also sounds as though he’s become far more adept at processing defeat and accepting that which he has no jurisdiction over.

Even before graduating in 1999 from Union High School in Graaff-Reinet, Henna already knew he wanted to get into this industry. His breakout role of Andile on the SABC 1 drama series Tsha Tsha earned him the 2003 Best Actor in a Drama gong at the Duku Duku Awards and catapulted him to near dizzying heights.

It’s mind-boggling, then, that even after a successful decade in the industry, he began to endure consecutive rejections and happened upon murmurs that it was because he was an inept actor. Things truly fell apart.

On-screen work slowed dramatically, even though he went on to direct and produce on shows including Intersections II, Gauteng Maboneng, Gold Diggers, and Greed & Desire.

“Progress, not perfection, is what we should be asking of ourselves,” writes Cameron in the oft quoted book, The Artist’s Way. It’s an adage Henna appears to implicitly subscribe to.

“I started writing the things that I wanted down and then I would do reverse engineering: what it will take, what I need to do daily, weekly, and even monthly to take me closer to those things. Then I begin the day or week or year like that. Through this, it unearthed things that were blocking my own potential — there were certain things that I believed subconsciously about my own talent that actually closed doors for me.”

Busiswa Gqulu on regaining her power and self-confidence.
S Mag
1 year ago

While I’ve failed spectacularly at keeping to any new resolutions during lockdown, Sensei Henna has taught me two things: by writing down the things that I want to achieve and keeping an “accountability partner”, I can dramatically increase my chances of achieving them. Henna’s got his accountability partner in Keitumetse Qhali, director of several commercials and the SA Film and Television Award-nominated documentary, Ties That Bind Us.

He has become so attuned to seeking counsel and absorbing others’ viewpoints lately that he even asks for my pointers on how best to handle media scrutiny of his current relationship — no doubt scarred by seeing details of his former marriage become tabloid fodder.

Other than journalling, he turned to daily 5am sessions in the gym and the swimming pool, and has been taking natural supplements and vitamins to help him transform from a relatively skinny man to someone resembling Will Smith in Ali.

To quote the late Twitter user, @Cleo04patra: “Sisanda Henna is aging like the finest of fine wines”.

Like a beefy cabernet sauvignon that you want to enjoy slowly — and alone — during lockdown.

This article first appeared in the March/April print edition of S Mag.

The River actor Lawrence Maleka has scored himself a TV presenting job on SABC 1's new dating show Too Hot To Be Single.
Entertainment
1 year ago

Zakes Mda’s play, The Mother of All Eating, might have been written almost 30 years ago but it remains relevant to this day.
Entertainment
1 year ago

Filmmaker and executive TV director Angus Gibson will watch the eight years journey of Isibaya coming to an end next month as it makes way for new ...
Entertainment
1 year ago
Next Article