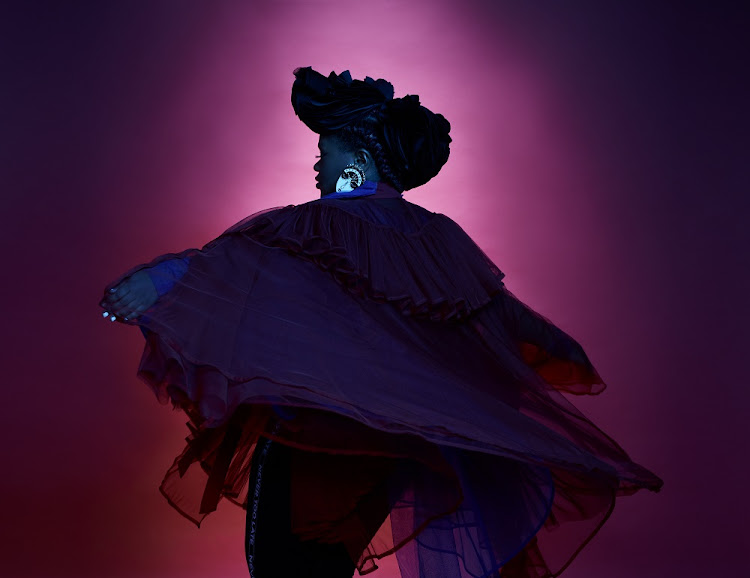 Busiswa reveals how her newfound positivity allowed her to be productive during lockdown.
Image: Steve Tanchel

Few people have announced their arrival on the public stage better than Busiswa Gqulu.

When the 32-year-old singer belted out the lyrics, “Her majesty, the queen, is in the booth,” on DJ Zinhle’s 2012 runaway hit My Name Is, the world sat up and listened. Since then, Busiswaah, as her fans affectionately call her, has become a cultural icon.

She has featured on the 2020 hit, My Power, with Beyoncé, coined one of the country’s pop-culture favourite terms “sbwl”, and released three albums. This month, she is letting fans into her world with the release of her reality show, Her Majesty Busiswa, on BET Africa.

The Busiswa I meet today is a far cry from the one I initially met many moons ago as an entertainment journalist.

Back then, she came across as rather withdrawn and distant. One could barely get a word from her bar a damp hug and a rushed “sizokhuluma” as she dashed off. But in 2021, “the queen” has clearly grown into herself.

As she walks into her office for the interview, she is clad in short, casual tights and a baggy top, her hair strikingly beaded in an Afro and braided hairstyle. She is calm yet bubbly as she tries to get her 3-year-old son, Kgosi, to leave the room so she can “get to business”.

The mission is a full-on game as they tail each other back and forth, giggling until he is enticed into a drive to the shops by another family member. “I am the happiest I have ever been,” she tells me when I ask how she is. “I feel like life is good, I am truly blessed. I can’t complain.”

The singer is also noticeably leaner. Her curvaceous body is toned, a magnificent shift from weighing 101kg at her heaviest to currently being under 80kg. She says she has Beyoncé to thank for this.

“Working with Beyoncé really did change my entire mindset. I realised that she’s in her late 30s and she is still in the game,” she says. “I asked myself at that moment: ‘If I were to be granted a chance to perform on stage with Beyoncé, what would I want to look like and feel like?’ That made me want to work on my body.” 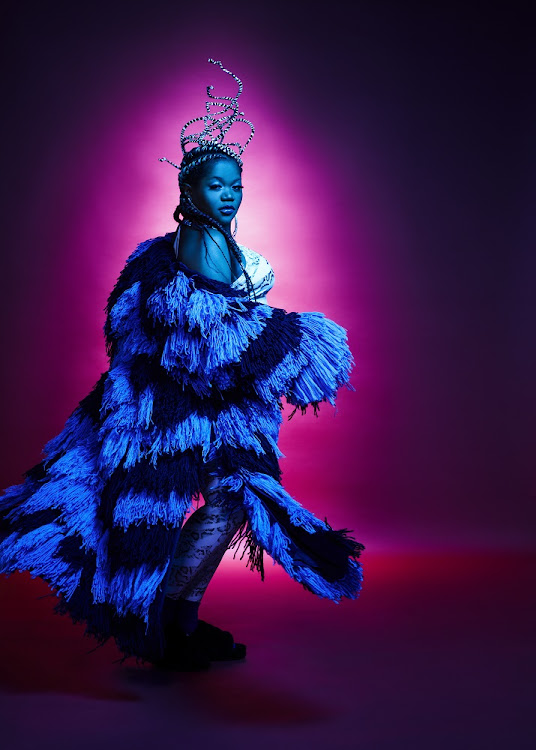 Busiswa Gqulu is a force to be reckoned with.
Image: Steve Tanchel

Becoming single and looking after her active son also contributed. “I wanted to be active with him, I want to take walks with him, I want to ride a bike, I wanted him to watch less TV,” she says. “This made me realise I was just not doing enough and I can’t have excuses forever. At some point, I must improve.”

She admits to procrastinating and not dealing with the “baby-weight gain” after she gave birth. “I don’t know if other mothers can relate but after pregnancy and giving birth, everything felt mushy. Everything was soft. It was like I couldn’t walk or move like the way I used to before,” she says. After giving birth to her son she figured she needed a “grace period” and she “let herself go to do this mom thing”.

Her first step to turning her life around was buying a treadmill. “That is how I started, by running and cutting out sugar and carbohydrates.” This way, she learned that she could exercise greater control over her lifestyle by developing a stricter routine.

It wasn’t just changing her eating habits that changed her life. Late last year, Busiswa opened up about being a survivor of gender-based violence.

The musician admitted to physical, emotional, and financial abuse at the hands of two of her exes, including the father of her son. In 2019, fans were bewildered when a video surfaced of her ex allegedly attacking her and a friend. Despite this, she had initially kept quiet in an “attempt to shield the abuser’s reputation” and “fear of seeming weak” publicly.

“I realised things were going to come out anyway as it was an open secret in my circle. It wasn’t making me stronger and it doesn’t help to keep something that is hurting me when I can let it go and move on with my life,” she says.

She has started going to therapy as she admits keeping it all in caused her to “overthink everything”. “As soon as I talk about it, it starts to feel like it’s not holding me back and actually opens up space to let it go and start thinking about other things. That is the beauty of letting things out.” 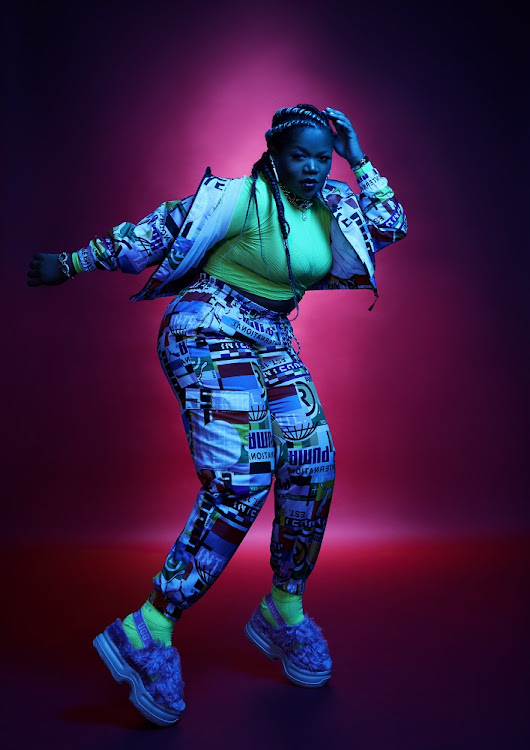 Her newfound positivity allowed her to be productive during lockdown. She released an album, My Side of the Story, late last year.

“The album came about because I realised I can be in the studio and create music, write, listen, think.” She has also been fortunate to partner with brands on virtual performances on stage — something she wants to do more of this year to promote her album.

She would prefer to travel and meet all her fans across the continent and the globe, however as the world is still “closed” she has embraced the situation mentally, physically, financially, and “most importantly, as a mother”.

“It’s been a tough 12 months. However, I did gain the privilege of getting closer to my son, I feel like we are besties,” she says. “I have regained my body confidence… and being back on TV with my reality show — all this has really been the biggest flex in my life.”

And she is just getting started. “Thank God this pandemic happened in a year where technology is serious about life, because you can still make and share music, sell merchandise, do TV shows and sell performance shows from home. Man, I might never go anywhere ever again,” she says, laughing.

Tyler Perry, Busiswa & Alicia Keys: see what your fave celebs got up to this weekend

Your weekly guide to what your favourite celebs got up to this weekend.
S Mag
2 years ago

We answer all your burning questions in a game of "True or False?"
S Mag
1 year ago